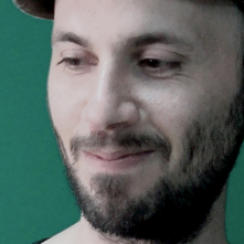 Avishai SIVAN (1977, Israel) is an author, visual artist and filmmaker. His works have been exhibited in galleries and museums in Europe. His seven-part video diary Soap Opera of a Frozen Filmmaker (2000-2007) won Best Experimental Film at the 2007 Jerusalem Film Festival. Sivan’s first feature film, Ha'Meshotet/The Wanderer (2010) premiered in Cannes and won Best First Feature Film and Best Cinematography in Jerusalem. He received the Israel Ministry of Culture’s Cinema Prize that year. In 2011 he published his first book Musings on Filmmaking Whilst Cycling Through the City. Tikkun (2015) won the Silver Leopard in Locarno.