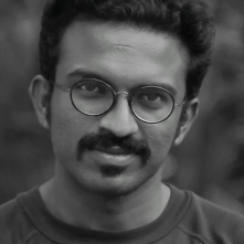 Arun KARTHICK (1992) is an Indian independent filmmaker. He began producing and directing short films at the early age of seventeen. His first feature length film, The Strange Case of Shiva (2015), premiered in Rotterdam. Nasir, his second feature, was supported by the Hubert Bals Fund and has its world premiere at IFFR 2020.