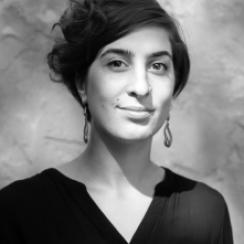 Canadian-Iranian Ariane LORRAIN graduated in Film Production from the Concordia University’s School of Cinema in Montreal, where she set up her base as a documentary filmmaker. She made three shorts, followed by the mid-length Zargos (2018), co-directed with Shahab Mihandoust. She is also one of the directors of the feature-length omnibus film The Seven Last Words, which premieres at IFFR in 2019.