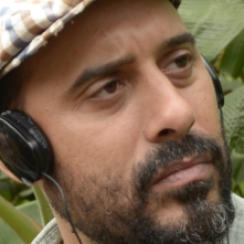 Arí Maniel CRUZ (1978, Puerto Rico) studied Communications and was educated in screenwriting. He then worked as a sitcom writer. Later, he was active as a producer and director in the Puerto Rican TV and film industry. His feature film debut Under My Nails was released in 2012 and was followed in 2016 by Before the Rooster Crows, which won him the Yellow Robin Award at Curaçao IFFR.