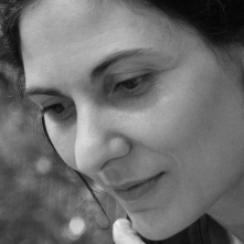 Anna MARZIANO (1982, Italy) was educated in filmmaking at Centro Sperimentale di Cinematografia, Rome, and studied Political Sciences in Padova. In 2009, she moved to France with the support of the Film Commission Friuli Venezia Giulia Fellowship. She attended the Ateliers Varan workshops in Paris and participated in Le Fresnoy – Studio National des Arts Contemporains. Marziano experiments with the documentary form, exploring the construction of contemporary identity through a film process that questions subjectivity and social roles. Her films have been screened internationally. She has been based in Berlin since 2012.