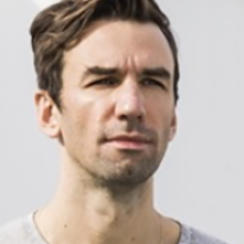 Andrew Norman WILSON (1983, USA) is a filmmaker, artist and curator who works in video, sculpture, photography and performance. The aesthetics of corporate America, the economics of production and the mysteries of technology are recurring themes in his work, which engages the audience at a pre-cognitive level. Wilson obtained a Master of Fine Art degree from the School of the Art Institute of Chicago in 2011, following his dismissal as a videographer by a Google subcontractor because he filmed employees working on the Google Books archive. The footage became Workers Leaving the Googleplex (2011) and went viral. His work has been exhibited at MoMA PS1, Centre Pompidou, Palais de Tokyo, Ullens Center for Contemporary Art, Fluxia, the New York Film Festival, the San Francisco IFF and the Images Festival. Wilson has lectured at Oxford University, Harvard University, Universität der Künste Berlin, and CalArts. His latest film Kodak articulates the will to accumulate and preserve things from a blind person’s point of view.