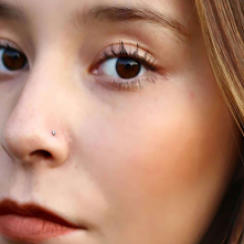 Andrea CASTILLO (1995, Chile) is a fourth year’s student of Cinema and Television of the University of Chile. In 2015 she worked as an art assistant on the graduation short film No hay muerto malo. In 2016 she has been working on the script of a feature film directed by Victor Fajnzylber. She has written and directed the short films Non Castus (2016) and Bilateral (2016).