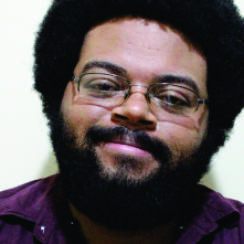 André NOVAIS OLIVEIRA (1984, Brazil) has degrees in History as well as Film Studies. He collaborated in several script development groups in Brazil. As a director he created short films such as Poucomais de um mês/About a Month (2013) and Quintal (2015), which were both selected for Cannes. His feature Ela volta na quinta/She Comes Back on Thursday (2014) was screened in Rotterdam and it won a Special Jury Prize in Buenos Aires. Since 2009 he has been a partner in Filmes de Plástico production company, along with Gabriel Martins, Maurilio Martins and Thiago Macêdo Correia. His films have screened at over 400 festivals around the world and have won over 100 awards.