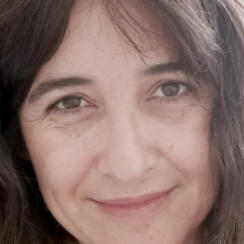 After graduating as a biologist, Alicia SCHERSON (1974, Chile) was educated in filmmaking at EICTV, the film academy in Cuba. She made several short films and videos and obtained a Master of Fine Arts at the University of Illinois in Chicago. Her feature debut, Play (2005), received numerous international awards. Tourists, her second film, was selected for the 2009 Tiger Awards Competition. The film Family Life came out in 2017, which she co-directed with Cristián Jiménez.