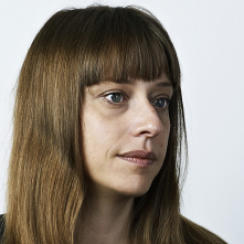 After graduating from La Fémis in Paris with a specialisation in script writing, Alice WINOCOUR (1976, France) wrote and directed several short films. Her first and second feature films, Augustine (2012) and Maryland (2015), were both screened at the Cannes Film Festival in respectively the Critics' Week and the Un Certain Regard sections. Winocour's subsequent film, Proxima (2019), premiered at the Toronto International Film Festival, where it received an honourable mention.