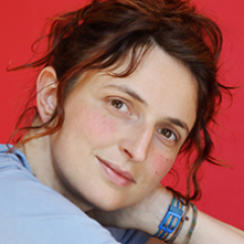 Alice ROHRWACHER (1982, Italy) was born in Tuscany. She studied Literature and Philosophy at the University of Turin, specialising in scriptwriting. Her feature debut Corpo celeste (2011) was the opening film at Directors' Fortnight in Cannes. In Rohrwacher's second feature, Le meraviglie/The Wonders (2014), her sister Alba Rohrwacher plays a leading role. This film won the Grand Prix at the same film festival. Also in Cannes, Lazarro felice/Happy as Lazarro (2018) was nominated for a Golden Palm and won the Best Screenplay award, as well as winning Best Feature at the Jerusalem and Chicago film festivals.