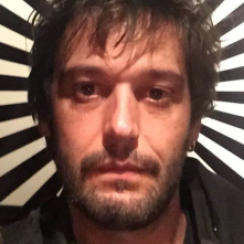 Alberto GRACIA (1978, Spain) studied Fine Arts at the University of Vigo. His work spans a variety of forms including painting, drawing, performance, video and installations. Microfugas, a short film shot on 16mm in 2008, was his first venture into cinema. In 2010 he wrote the essay Microfugas, teoría y juego de la profanación, a book that questions reality in contemporary art. His debut film The Fifth Gospel of Kaspar Hauser (2013) received the FIPRESCI Award at IFFR, and is about Kaspar Hauser, a German child who grew up in a horse stable. The Wandering Star (2016), also world premiere at IFFR, is his second feature.