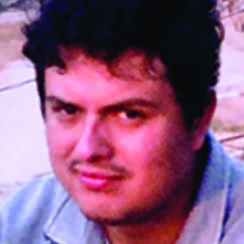 Affonso UCHOA (1984, Brazil) is a curator and filmmaker based in Contagem, Brazil. He has directed several films that screened and won awards at international film festivals, such as his second film The Hidden Tiger (2014). Together with João Dumans he directed Araby (2017).