“Art is not art if it cannot be seen”, writes filmmaker and visual artist Hito Steyerl in her thought-provoking essay collection Duty Free Art. Art in the Age of Planetary Civil War. In parallel one could say that the art of film is not film if it is not presented to the eye and other audiovisual senses of the spectator. Whether it is an audience of one, on the smallest and most intimate of screens, or a collective experience in the cinema dark, cinema is the completion of an act of seeing.

Steyerl continues her investigation of the cannot-be-seen with an exploration of its antipode: the must-see. Not only is that presence a requirement for any form of unmediated communication between artist, artwork and audience, she says, our culture seems to be obsessed with the realness of the present moment to the extent that artists have come to act as stand-ins for their artworks.

The notion of ‘absence’, and its charismatic/evil twin ‘presence’, and their electrifying field of tension, have been at the core of the Critics’ Choice programmes at IFFR ever since their return in 2015. It is also one of the many themes and visual motives of this year’s opening film, Vox Lux by Brady Corbet, introduced by a video essay by Catherine Grant, a sad reflection on terror stardom and living in the evening glow of the after-images of history. Films need to be seen, but in order to really come alive they need to be experienced, embraced, examined. Or, in terms of this year’s IFFR #feelIFFR: they need to be felt, with all our senses, including the reflective ones.

Absence is a concept with a long tradition in film history and criticism, with consequences and after-effects for the whole chain of production, distribution, exhibition, contemplation and preservation. Theories about film as an absent or unattainable object have influenced more philosophical ways of thinking about the nature of cinema and criticism alike. Not only are the events (re)presented on the screen different from the worlds and realities they may embody, film criticism itself has been described as an act of memory, at its best evoking the cinematic experience (being another form of presence of course). The digital age however, with its rediscovery of film criticism through cinematic means in the video essay, has brought the absence-presence feedback loop back into the vortex of the cinema discourse. At the same time, an awareness arose that filmic reality perhaps achieves a greater form of realism and authenticity by showing us either what is not, or what is not there.

The audiovisual essay as an amalgam of text and image, film and criticism, absence and presence has been at the core of the five Critics’ Choice programmes that we have presented at IFFR. Since 2015, over 25 video essays have been commissioned by the IFFR Critics’ Choice and have premiered on the big screens of the festival, in dialogue with the subsequent films. We have discussed issues of copyright, intellectual property rights, the ethics and necessity of appropriation and the access-for-all utopia in our Whose Cinema? edition in 2016, witnessed a DCP-axing to celebrate the violence of the cinematic momentum as the final chapter in Mark Cousins’ Bigger than The Shining journey in 2017, and focused on forms of activist journalism and Sustainable Criticism in 2018.

This year’s Critics’ Choice welcomes back some long-term collaborators like Chloé Galibert-Laîné and Kevin Lee - who made a video essay accompanying Radu Jude’s I Do Not Care If We Go Down in History as Barbarians -, Tara Judah and Peter Walsh - with their speculative reinvention of The Story of the Kelly Gang, inscribed on the UNESCO Memory of the World Register for being the world's first full-length narrative feature film, but only surviving in short segments -, and Yoana Pavlova - who, as media partner with Festivalists, a “playform for experimental media criticism” -, will reflect on meme culture and female representation in a ‘knitting performance’ inspired by Rachel Maclean’s Make Me Up.

These films, and the accompanying diversity in forms of (live) audio-visual re-enactment, deal with different stages and faces of historical absence/presence and representation.

Here, of course, the Critics’ Choice connects other films and (theme)programmes of this year’s IFFR: from the The Spying Thing into the Laboratory of Unseen Beauty until deep in the Rabbit Hole, and beyond Blackout. Ah well, Say No More.

If we are to suggest one key film to the programme, it must be Mariano Llinás 14-hour La flor, a film with multiple beginnings, some ends, and consisting of different films within films in different genres, braided (or should we say knitted) together by the director, who as a treacherous tour guide leads us through a needlework pattern of connections and crossroads, blind alleys and wide vistas.

Much like this film, the Critics’ Choice programme with all its films and events, video essays and Q&As is a flower of the same floral species as Mr. Llinás’ film: a laboratory, an experimental playground, an essayistic exploration in itself, challenging films, film makers, audiences and critics to engage in the art of getting lost and forming new cinematic synapses.

An investigation of absence would not be complete without an absent film. Albert Serra’s Roi soleil will not be found in this year’s festival line-up, and yet it is selected for the Critics’ Choice and will have its Dutch premiere on streaming platform IFFR Unleashed. Vivien Kristin Buchhorn of the Berlin Critics’ Week, an independent critics-curated parallel programme to the Berlinale that will, just days after IFFR, celebrate its fifth edition, will join us and present a videographic essay and either ‘take’ or ‘bring’ the film that will have an actual screening on Sunday 10 February during the Berlin Critics’ Week.

With her presence we celebrate the different Critics’ Week initiatives from all over the world (Cannes and Venice being the grand old dames and a new Critic’s Week at Tribeca in April as the youngest offshoot). The role and function of the critic curator, their responsibilities, accountabilities and dilemmas, and the rethinking and redefining of film criticism on the ever-morphing map of cinema’s industries, will be the topic of our debate on Wednesday 30 January from 13:00 to 15:00 hours in Arminius. Representatives from the several Critics’ Weeks and other critic curators will join us in the treasure room of Sergei Parajanov’s The Colour of Pomegranates.

Where better to plot and plan, and to be inspired for the future critic’s presence, than amidst the living proof of all the possible films that this film could have been?

If you follow the knitting thread, we will meet you in the center of this year’s (a)mazing programme.

Jan Pieter Ekker is chief of the art section of Amsterdam based newspaper Het Parool. Dana Linssen is a film critic, teacher (Theatre Academy ArtEZ and HKU University of the Arts) and writer from the Netherlands. She is the editor in chief of Dutch independent film monthly de Filmkrant and film critic of NRC Handelsblad newspaper. Critics’ Choice V Absence is their fifth collaboration as programmers for the International Film Festival Rotterdam. Together they also curate the Director’s Forum competition at the Netherlands Film Festival. 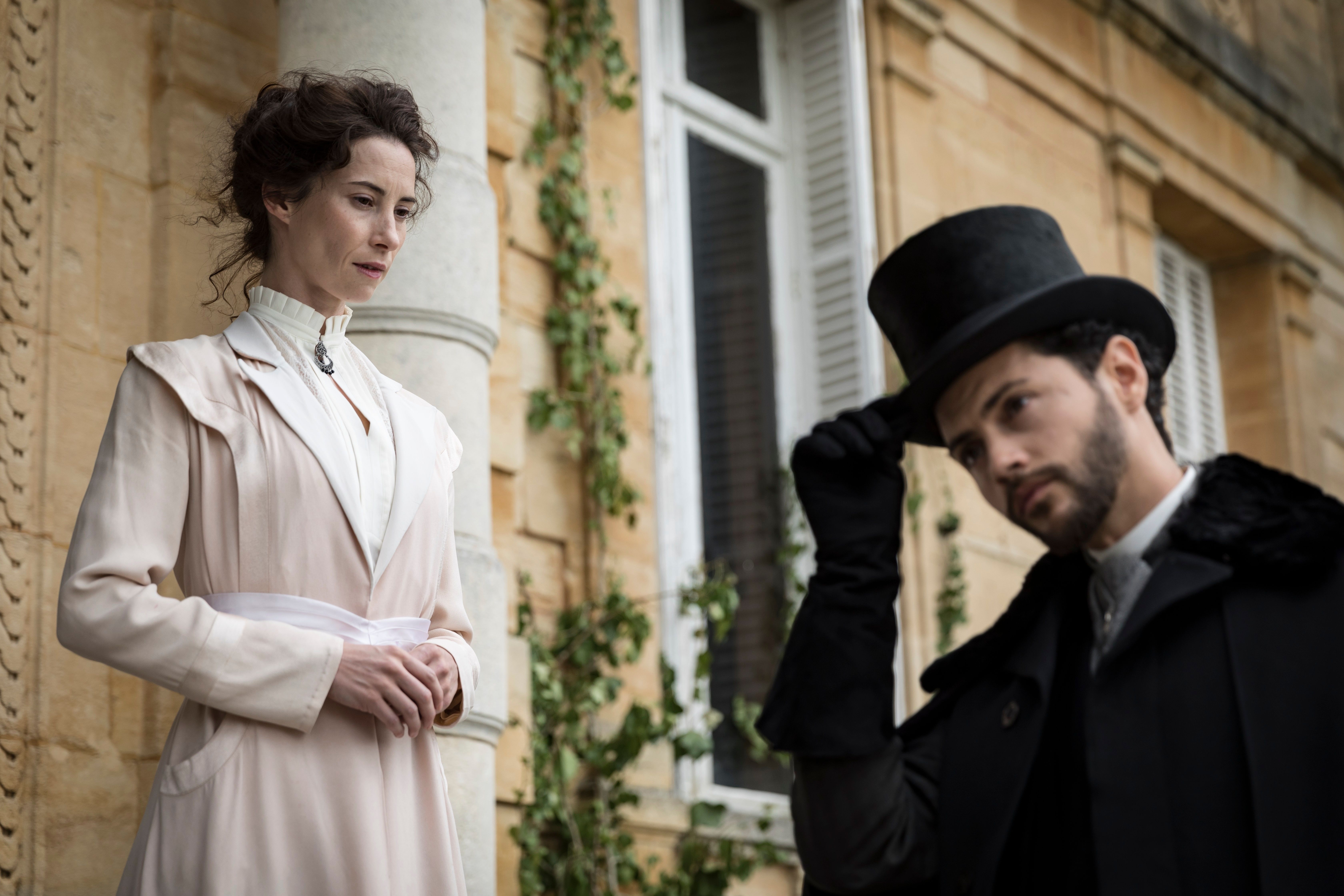 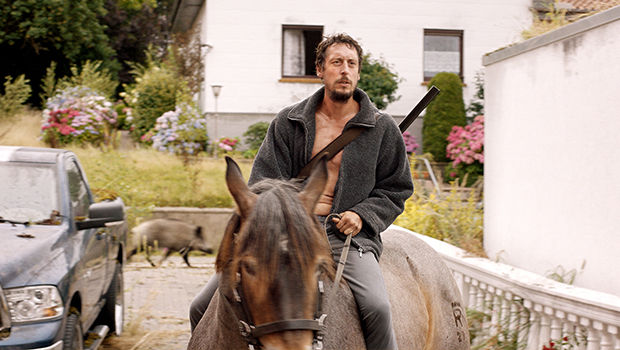 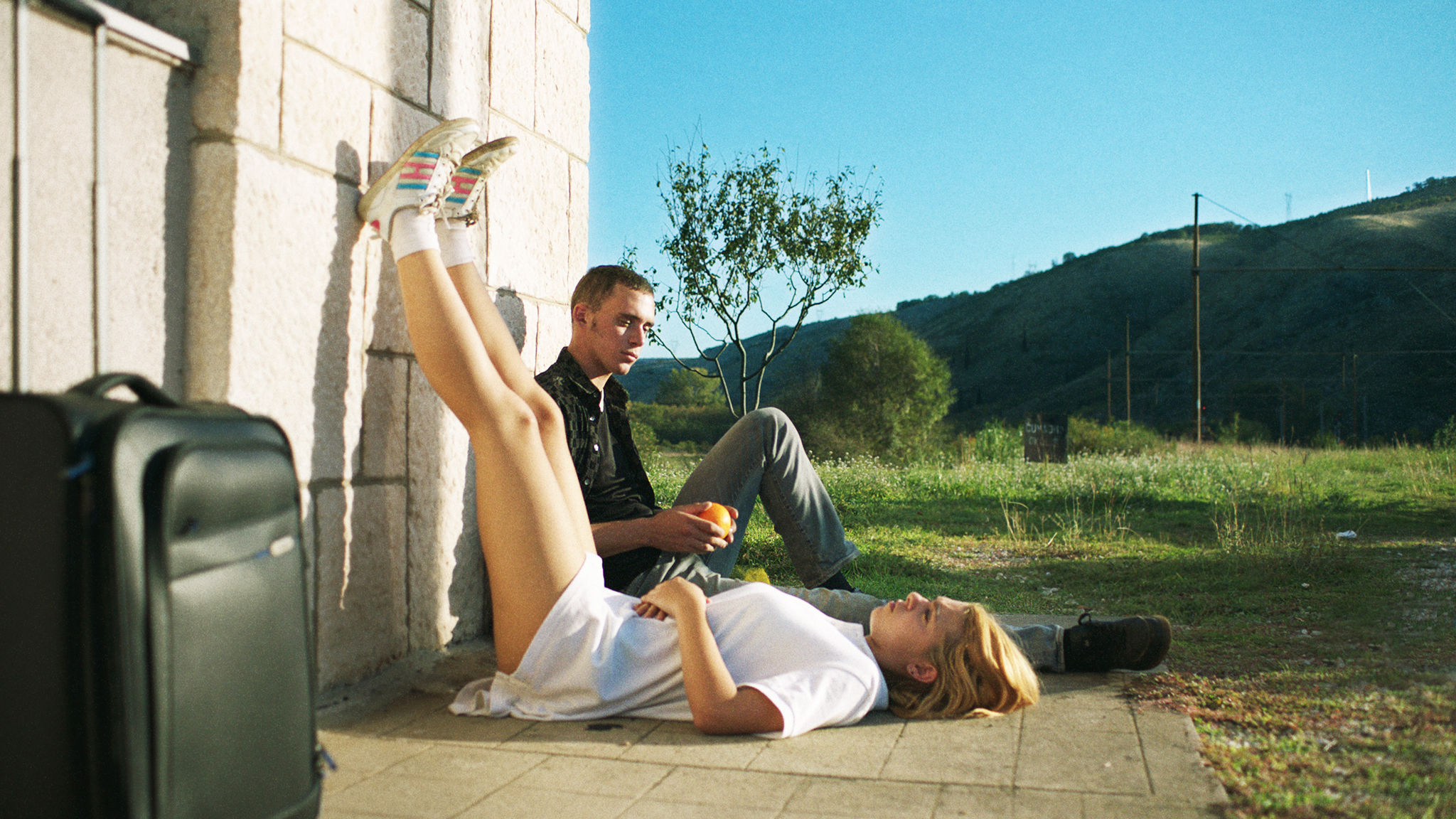