The first generation of Videoland Academy is the theme for the fiction projects Grounded Sci-Fi. At an exclusive Industry Talk during IFFR, three experts helped the audience of young makers on their way: writer and musician Aafke Romeijn, director Tim Fehlbaum and culture and media scientist Dan Hassler-Forest.

Steven Van Roosmalen, Content Innovation Specialist at the company, explains why the Grounded Sci-Fi theme was chosen. Videoland has a wide audience, but it is precisely this bandwidth that allows you to deliver many different types of content. Streaming platform is a great place for niche products. And genrefans are super important because they can present themselves as the brand's ambassadors. The unique thing about Videoland Academy is that it will hold up a mirror to the viewer of what our country can look like in a few years. A real Dutch story, in an un-Dutch genre. 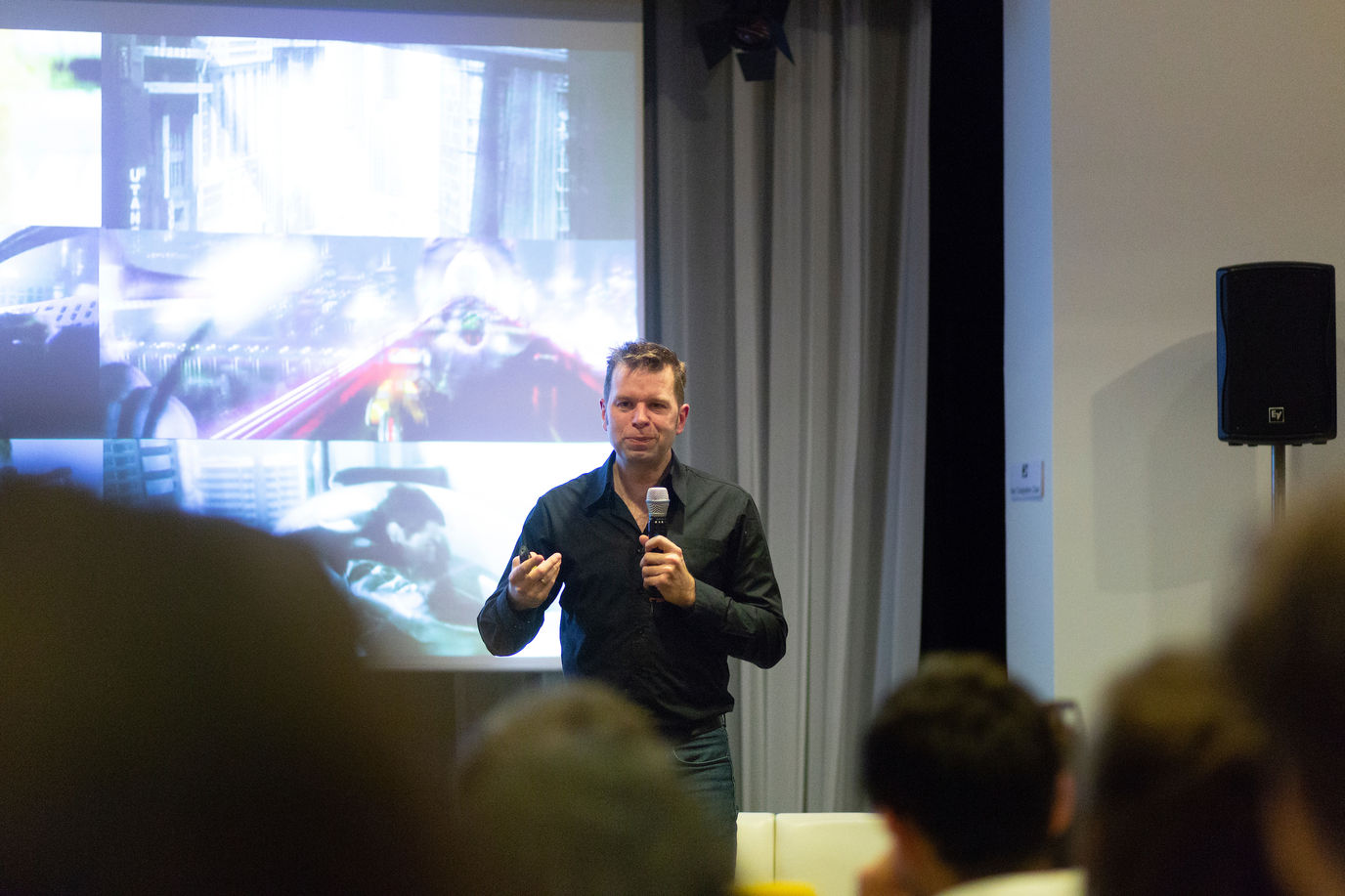 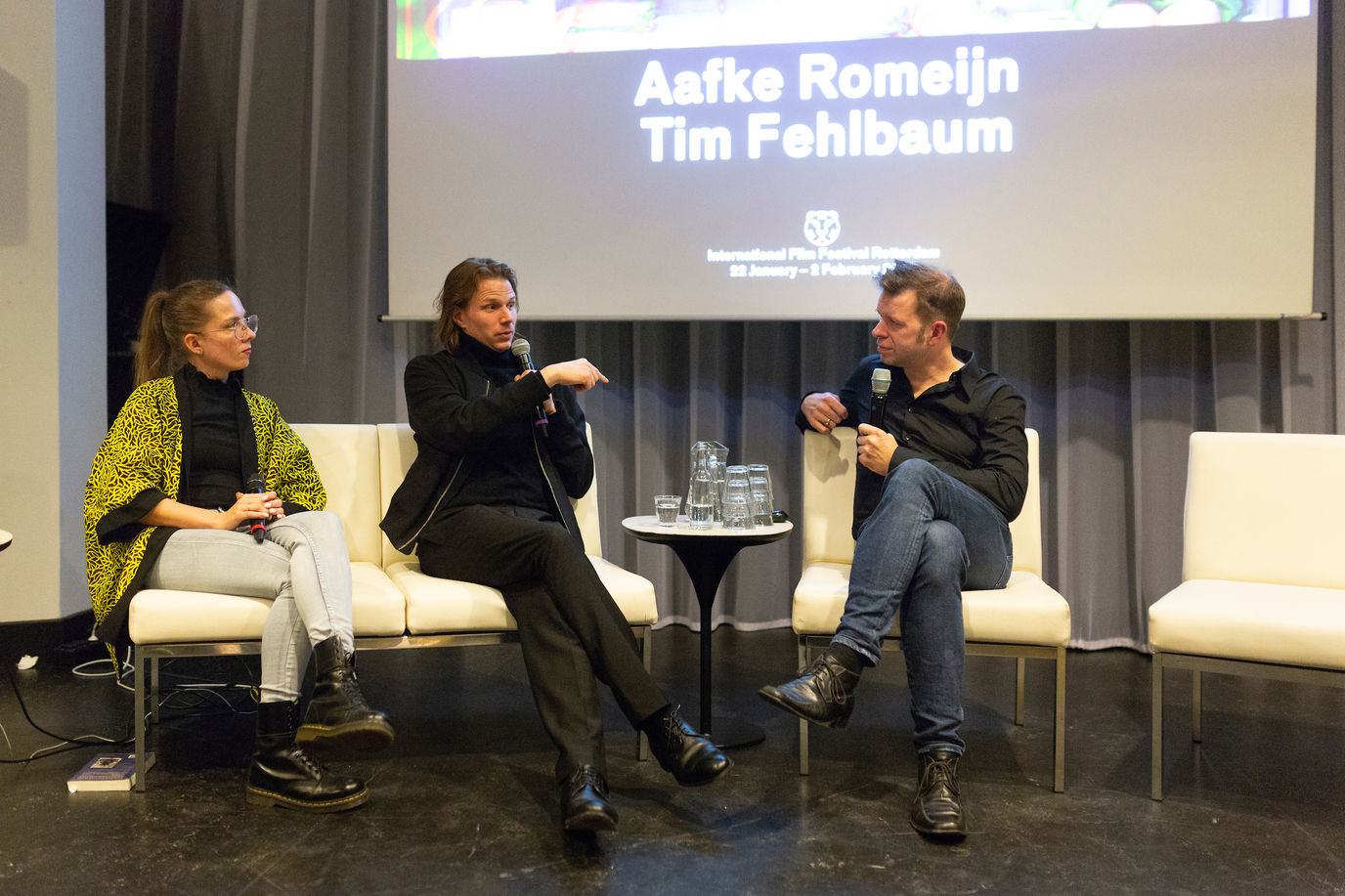 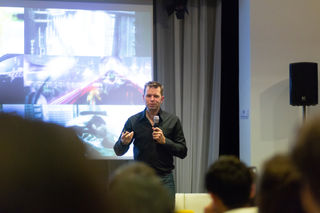 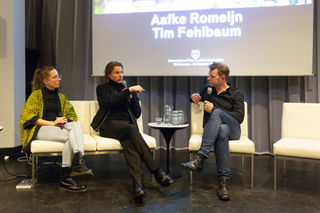 In a mini-lecture, scientist, publicist and moderator Dan Hassler-Forest went through the science fiction genre like a rocket. What many people know are futuristic cities, freak aliens, exotic worlds and spectacular and precious visual effects. They are typical SF elements, but they can also repel. And they are elements that European filmmakers can feel that they are sidelined because they cannot compete.

But science fiction is not just about show. It is also an ideal genre to deal with social themes in an allegorical form. According to Hassler-Forest, the essence of all science fiction is 'the novum'. The novum is that one invention that makes the difference between our and the fictional world. So don't think of space ships or laser beams, but a concept such as time travel. And in the 'Grounded Sci-Fi' genre, those typical SF elements and usual clichés such as exotic worlds and extraterrestrial beings are not so emphatically present, but mainly take place in a recognizable world in the near future.

As a result, it is possible that a series such as Black Mirror is not recognized as science fiction at all by many viewers - even though it really is. The secret lies in the novum in an otherwise relatively recognizable world, so that the viewer can identify with the story. Another successful example is the German Netflix series Dark, which is also rooted in reality. Although Grounded Sci-Fi seems like a recent branch of the mother genre, it is anything but. Just look at the Tarkovski classics Solaris and Stalker, which also did not lean on visual effects and presented worlds that you felt you could step into. 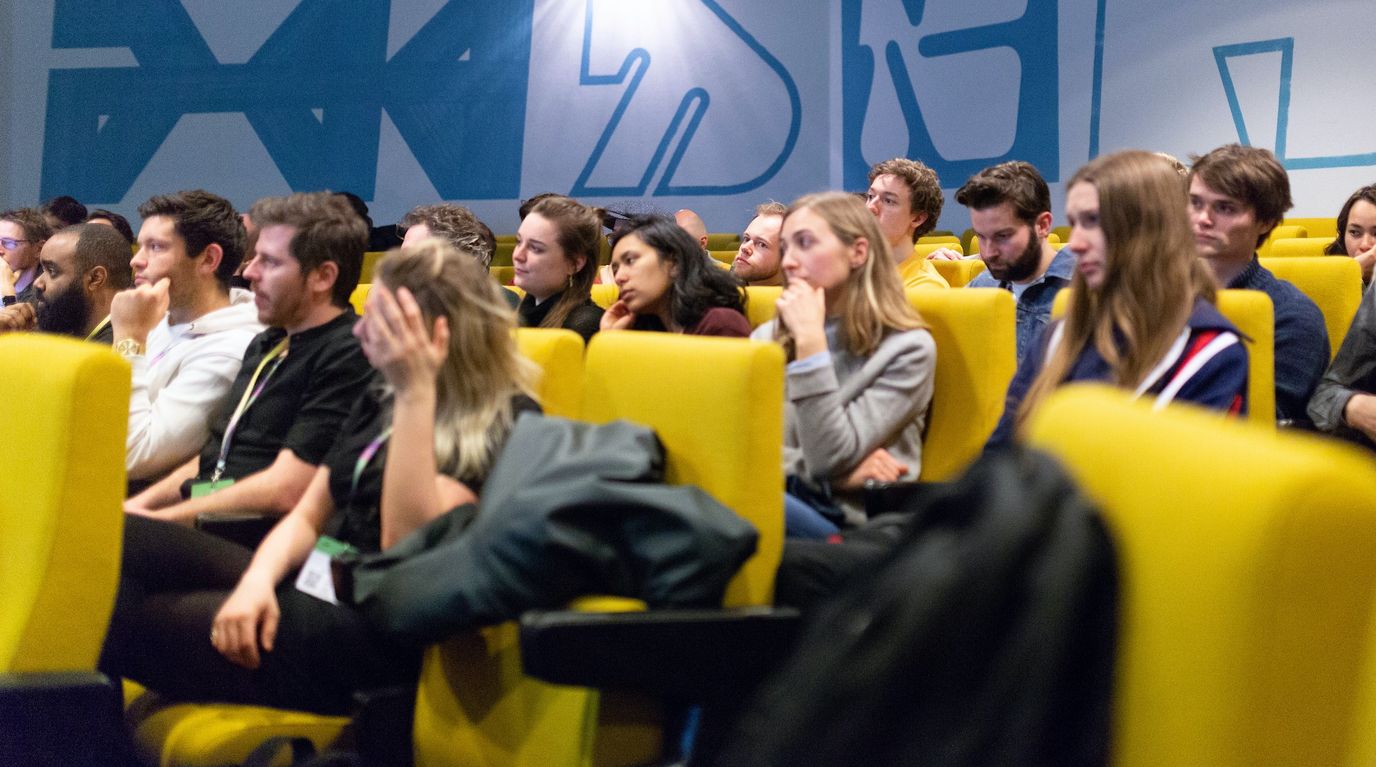 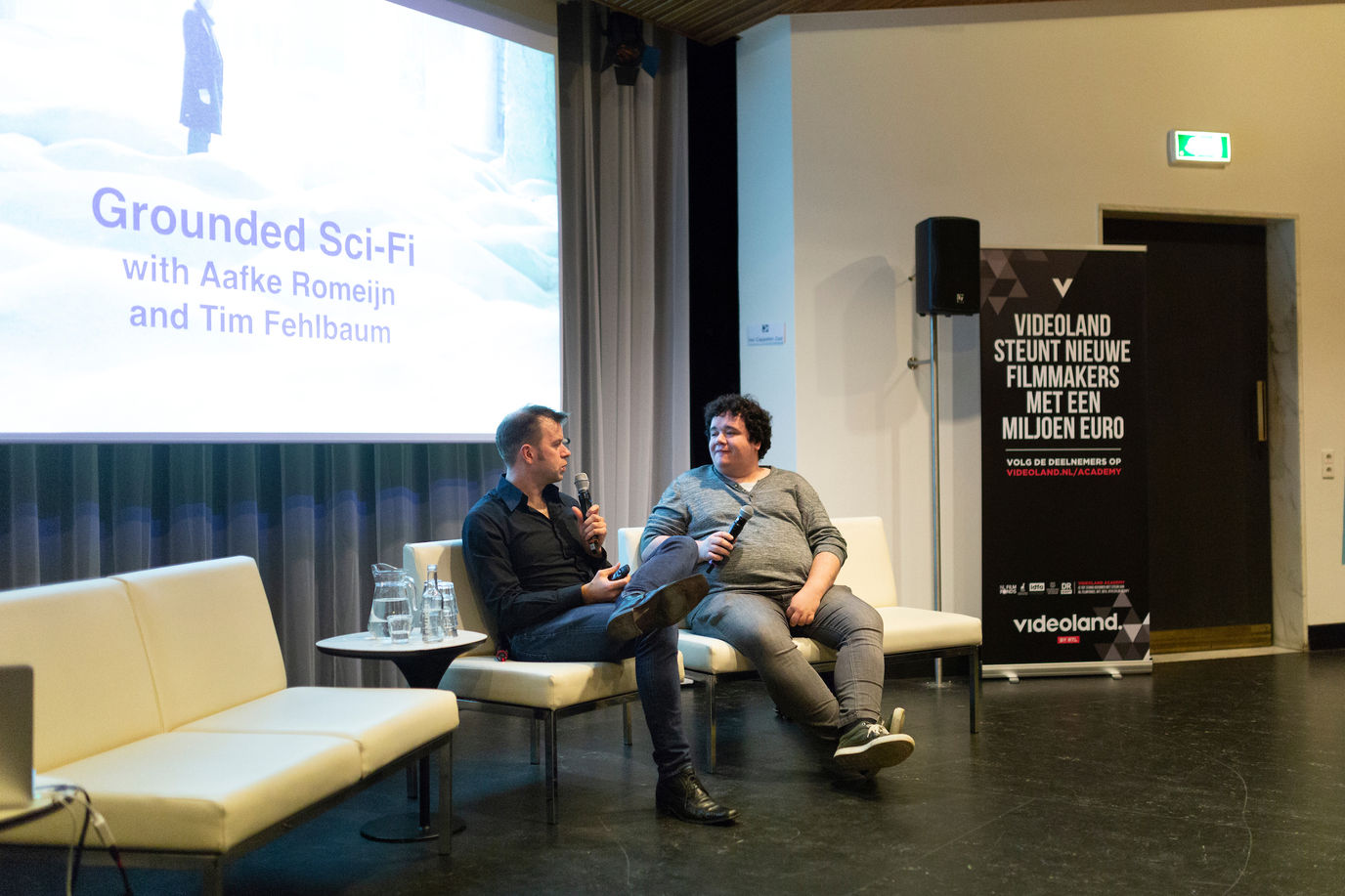 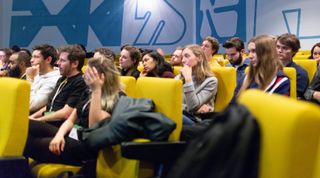 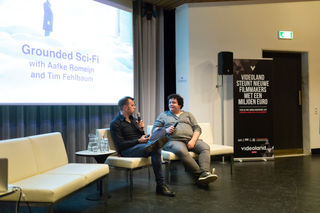 As a child, Aafke Romeijn devoured everything that was loose and stuck in the local library, but during her Dutch studies, it was only literature that sounded the clock. And science fiction is not considered to be literature. But when, thanks to her husband and his love for Star Trek, she came on the path of science fiction, Romeijn discovered that, just like in 'real literature', it is all about character development. And that those stories reminded her of the favorite stories from her childhood: those of Roald Dahl. Concept M is her first published novel and her "coming out as a science fiction nerd". The novelty of the book - a first part of an intended trilogy - is that in her world after the Second World War a strange illness emerged: colorlessness. It is a genetic, chronic and fatal condition that requires its sufferers to take medication throughout their lives ('colorant'). The disease provides a completely different care system and political climate: by changing one thing, the entire world changes. At the same time, elements from our own reality also appear in the fictional world. This creates recognition, but also humor, if, for example, the disease is the subject of a heated discussion in Jeroen Pauw's talk show.

According to Romeijn, the SF writers in the Dutch language area can be counted on one hand, with Hanna Bervoets as a pioneer in the field of 'speculative fiction'. Regarding the naming of the genre, Romeijn thinks Grounded Sci-Fi is perhaps primarily intended as a signal from the publisher and media organizations that this is 'real art', comparable to Will Eisner who, after a long comics career, adult comic was not marketed until he came up with the name 'graphic novel', or how a smart publisher created a gap in the market with the term 'literary thriller'.

The Swiss-German filmmaker Tim Fehlbaum also feels some discomfort about the genre label. "By movie like Spike Jonze's Her, not calling science fiction, you actually say: it is better than you would otherwise think." With his low-budget film Hell (from 2009) he attracted Hollywood director Ronald Emmerich as a producer. Hell (the German title has a double meaning because it also refers to the bright sunlight) plays in the near future and is actually a zombie film without zombies. The light theme works as a story element but was also a golden hold to disguise the low-budget character of the film The overexposure of the sun also made it easy to simply fix in-camera unsolicited items that would otherwise have had to be polished away instead of CGI experts, Fehlbaum had a man with a powerful flashlight on the light element also demonstrates Fehlbaum's notion that a Grounded Sci-Fi film requires a visual idea in addition to the novel, the film he is currently working on, Haven: Above Sky, is again Grounded Sci-Fi. Literally, because there are no spaceships in it, the story stays on the ground. Here too, there is only one novelty in the film. If you put more elements in it, it becomes a mixed bag. Fehlbaums tip: try to keep it as realistic and simple as possible, and don't overdo it.

Another tip is to make smart use of what is already there. For Haven: Above Sky, he did not have to use expensive CGI, because Mother Nature already provided a spectacular, exotic location in the shape of the German Wadden Sea Region. Another advice is to stay close to human nature. "Science fiction makes it possible to say something about today's society. But more importantly, the core is about human emotions. It must be about a human issue or an interpersonal dilemma. That makes the project easier to sell, even if you have no stars in the cast. "

“Videoland Academy to me means freedom, trust… and guts.”

Forget about “Netflix and chill” and make way for “Videoland and thrill”.

The call for the third edition of Videoland Academy is now open.