Hong Kong’s militant cinema, past and present, is gathered for a special retrospective at the IFFRBy Young Film Critic Victor Morozov

Hong Kong’s militant cinema, past and present, is gathered for a special retrospective at the IFFR

They show a population at odds with what has been usually thought and propagated by the media about this territory – that is, Hong Kong as an arena for big business, the ideal hub for greedy capitalism, with no concern for more socially oriented propositions. A retrospective of the 49th edition of the International Film Festival Rotterdam – titled Ordinary Heroes: Made in Hong Kong – was not only meant to contradict preconceived, lazy ideas,but also provide insight into what has been happening in the city for some time now.

And when I say "some time", I actually mean decades, because the scope of the programme curated by Shelly Kraicer was by no means restricted to the present. Instead, I would say that the goal of this gathering of films is twofold – on the one hand, to engage in gratitude towards those who, be they minor party leaders or anonymous figures, seldom get the media coverage they deserve, in spite of their brave, life-risking initiatives. On the other hand, to trace a history – and a context – of Hong Kongese cinematographic gestures which share the same concern for social justice. The statement this retrospective is making is not only political; in a humbler, but all the more necessary way, it is also cinephile. To paraphrase film critic and curator Clarence Tsui, this was the occasion for a Western audience to delve past conventional mythical figures such as Jackie Chan or Bruce Lee – to discover works which, although rarely screened or talked about, point to a history of Hong Kongese social activism and political struggle.

Now, of course, even the most run-of-the-mill kung fu action movie can – and should – also be seen as a piece of social commentary. Take for instance a film like The Delinquent, a low budget, escapist entertainment bite, shot by Chang Cheh and Kuei Chih-Hung in 1973. The film is full of kitschy, over the top fighting scenes in which men fly through the air and where punches make the sound of breaking glass. Yet the film is actually about something – or else, why would this poor young man get involved with the mob; if not by fear of repeating the “old man’s” miserable life of working hard and getting nothing in return? The character’s fascination for everything his father could not achieve, and how the gangster owns effortlessly – shiny cars, luxury flats, even women – says a lot about a society of inescapable class boundaries and immense financial gaps. 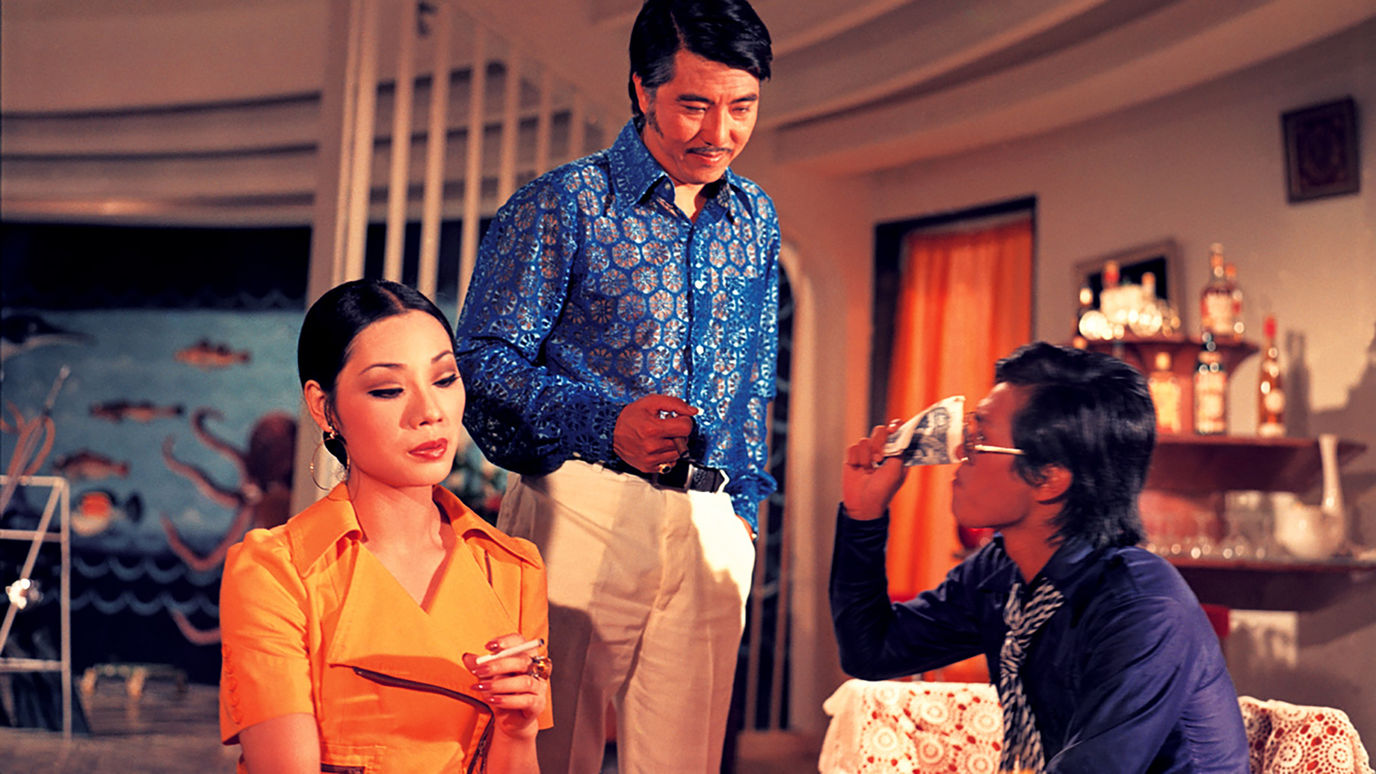 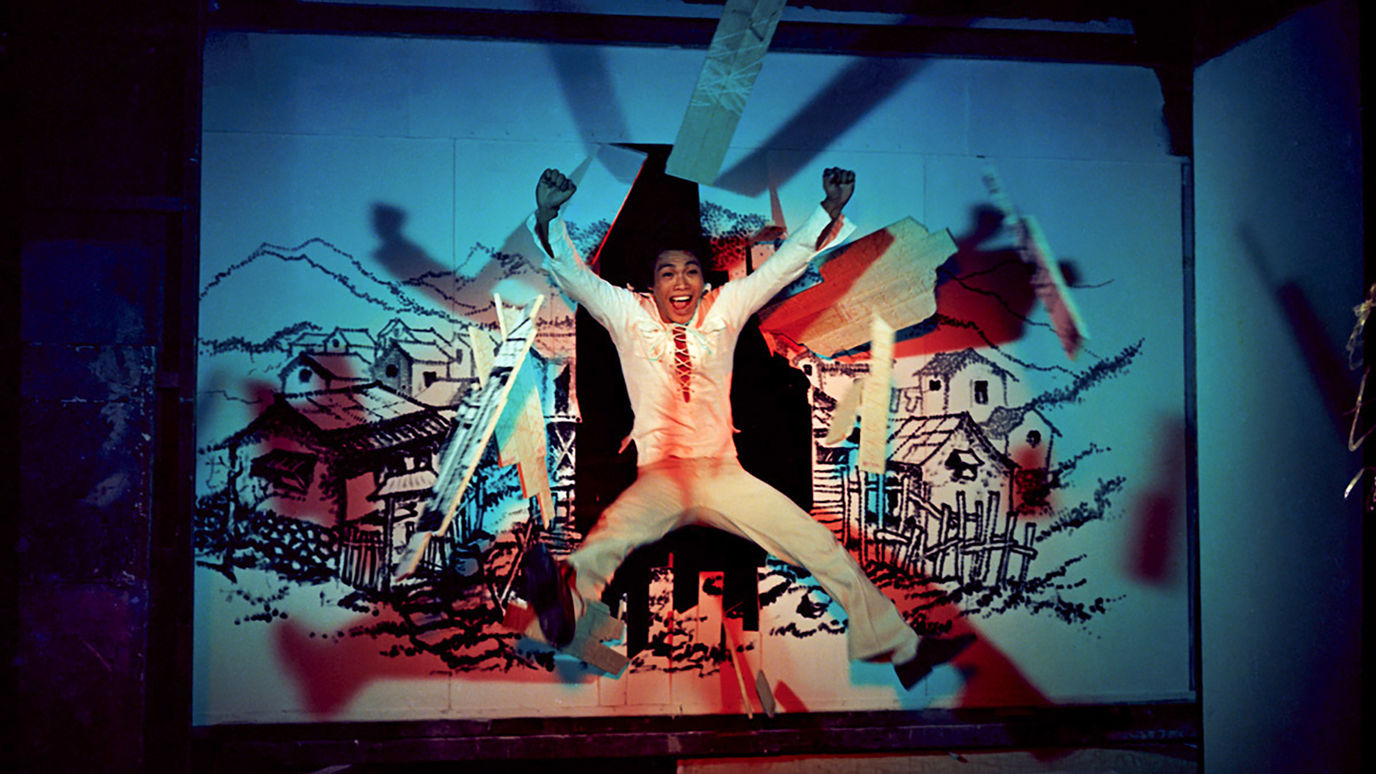 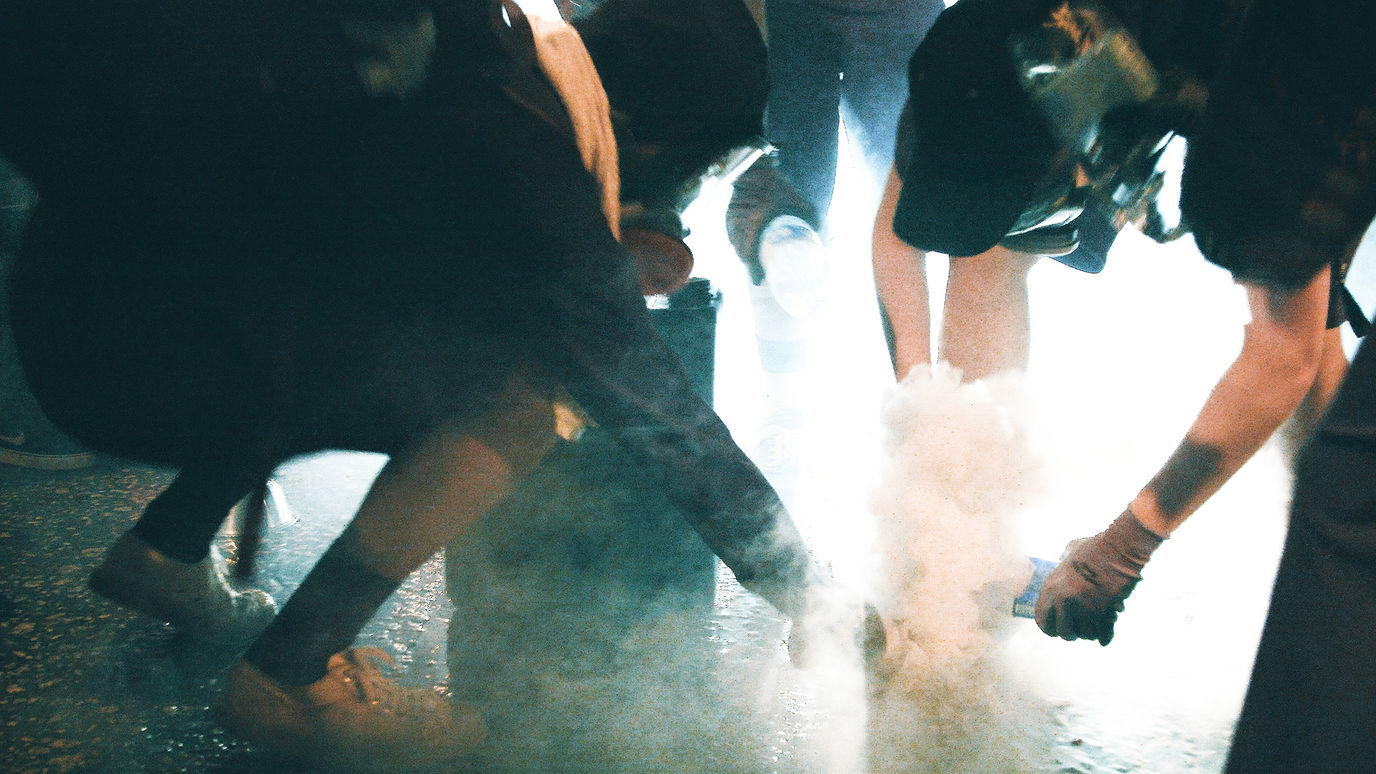 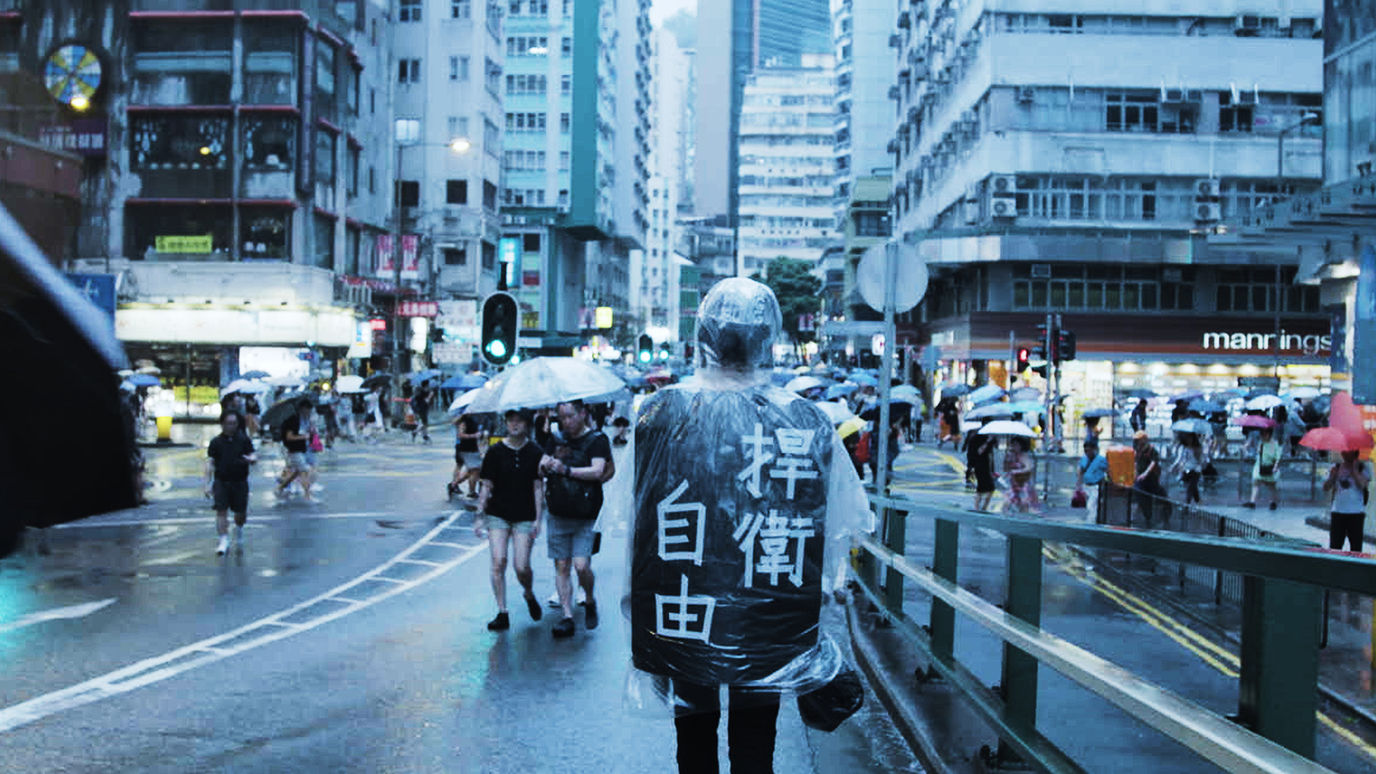 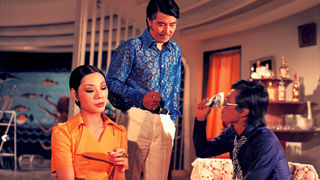 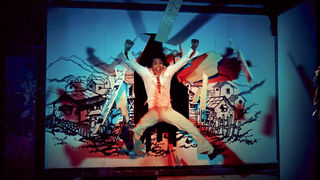 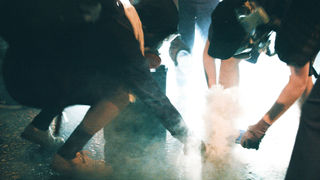 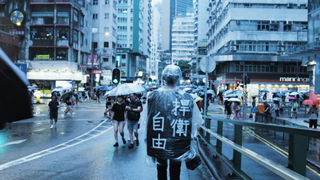 Shedding new light on these cinematographic achievements is significant – but the audience could also discover and rejoice in the present-day cinema. As moderator Clarence Tsui argued in the introduction of a panel dedicated to this retrospective, "it is really encouraging – and also very good for film critics – to see that during the past few years, a lot more filmmakers are trying to tackle what is happening [in Hong Kong] now." This task of documenting the present turmoil in Hong Kong is carried out with determination, care, and an intermittent acknowledgement of the risks involved – as activist and documentary filmmaker Willis Ho confessed during the panel. For her short film Age of Valiant (co-directed with Lo Chun-yip), she spent a lot of time trying to gain the confidence of the young "frontliners" she was filming. She was arrested for her involvement in the uprising – “inciting to incite” we call it in the official jargon. Her message was maybe the most radical, and also the most touching, of the panellists attending: “I want to tell them [the film subjects] that they are not criminals – they are heroes.”

In turn, long-distance runner Evans Chan called these young protesters, and especially those who are willing to get exposed to violent public opprobrium, "something closer to jihadists." "It is emotionally draining to be these young people in their early twenties, who are willing to fight as though martyrdom was the only vision they have of their future," he added. 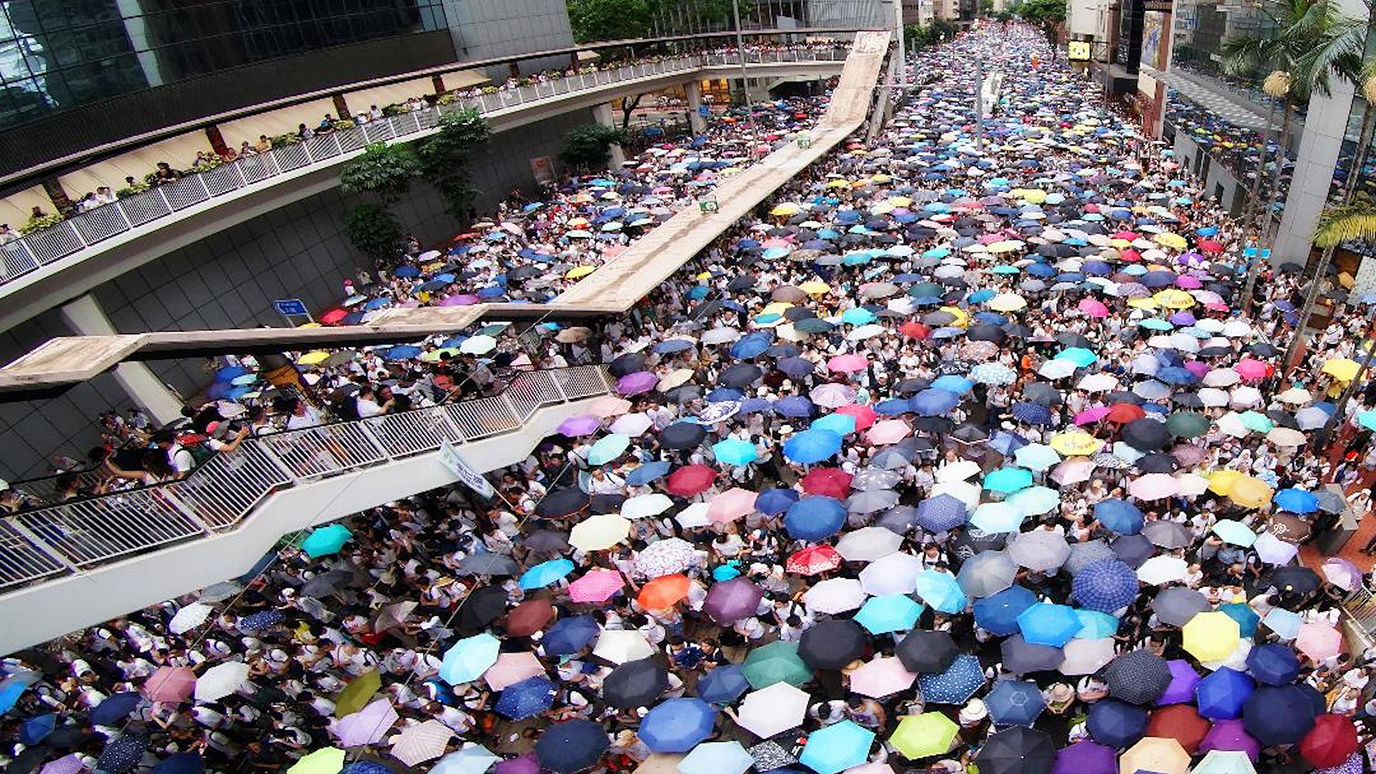 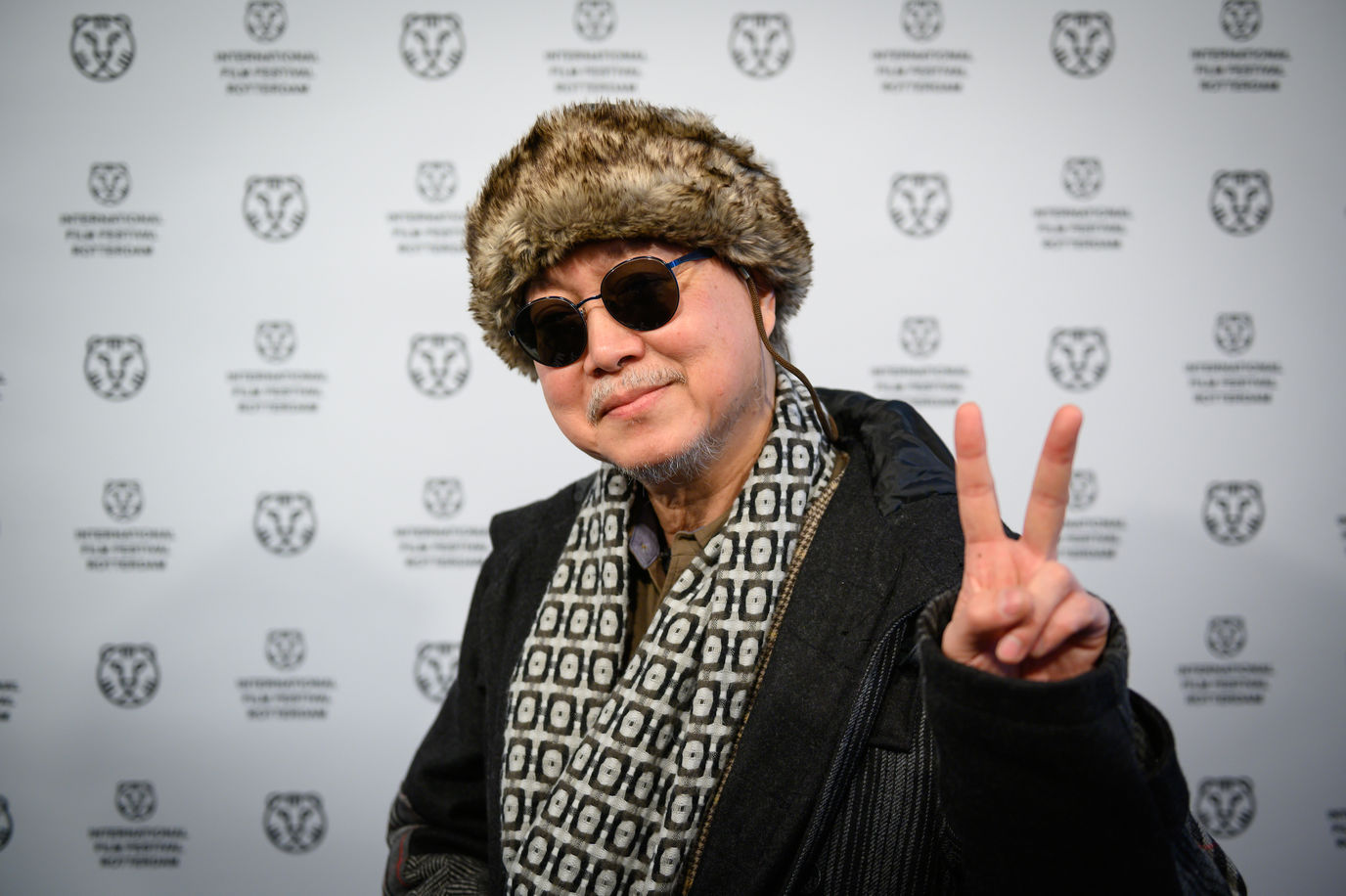 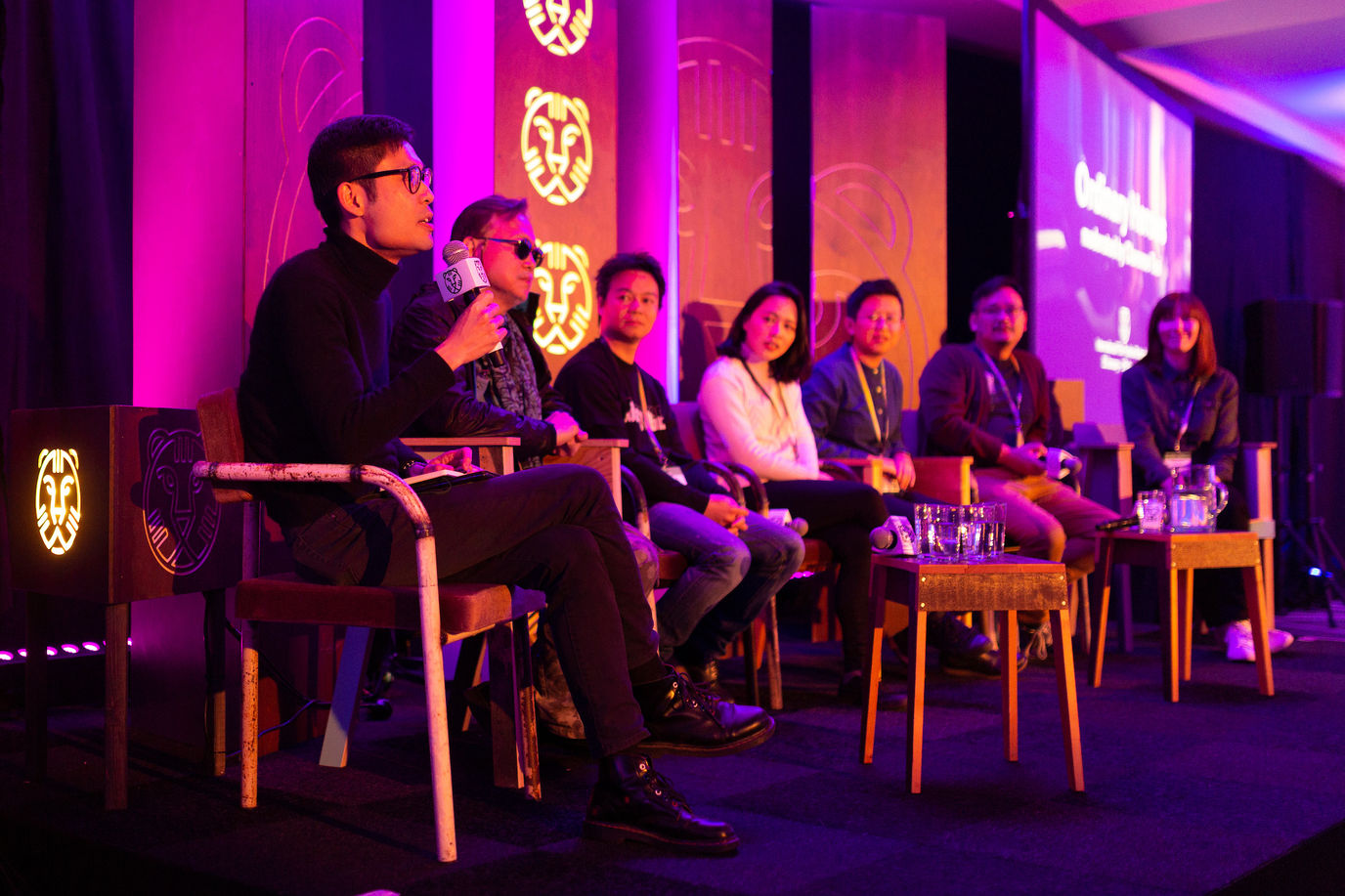 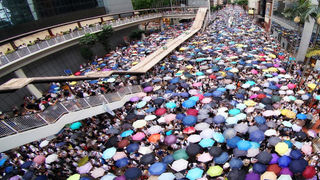 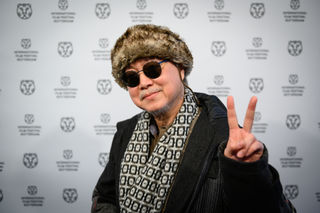 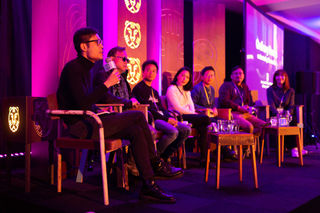 Chan’s movie We Have Boots, which even includes footage of the 2020 New Year, accompanies a series of turbulent figures – such as Benny Tai or Nathan Law. It is probably the most compelling description of the current situation in the country, evolving out of the 2014 "Umbrella Movement", hovering – literally, since many shots are filmed with a drone – over a series of recent events and linking invisible threads in a coordinated movement against repression. Moving back and forth from 2014 to 2019, Chan’s résumé of the protests was the best place to start for a neophyte in the matters – yet, because of his ambitious scope, it had little time for actually descending in the street, preferring instead to seek information from the leaders of the movement.

A counterpoint to this movie is James Leong’s and Lynn Lee’s If We Burn – a visceral account of the 2019 riot against police forces, culminating in the occupation of the Legislative Council in July last year. If We Have Boots is more about the ideas behind collective action – and also about the ways of giving these ideas shape using quotes, music and histrionic performances; this film abruptly takes us into the street. 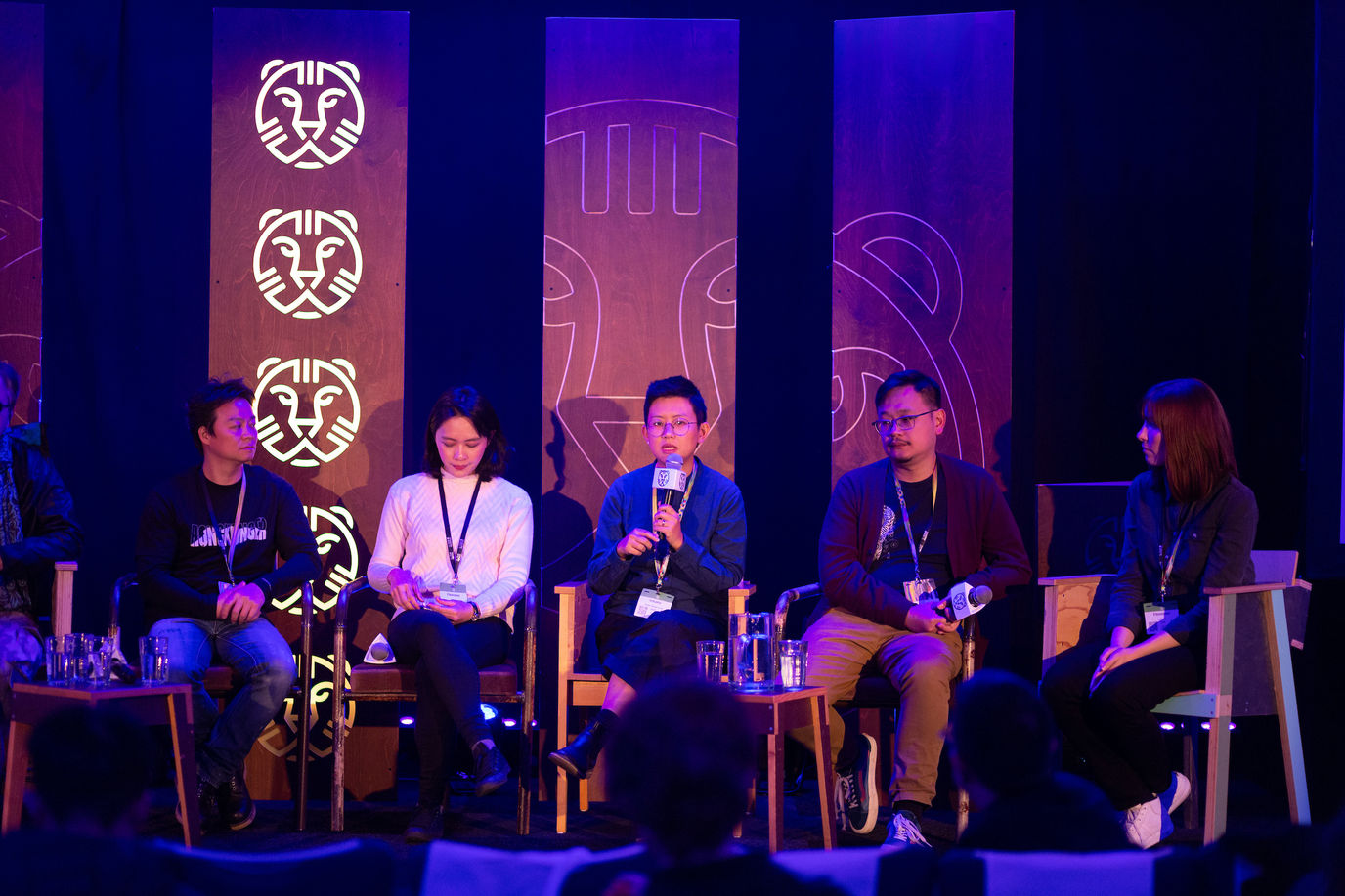 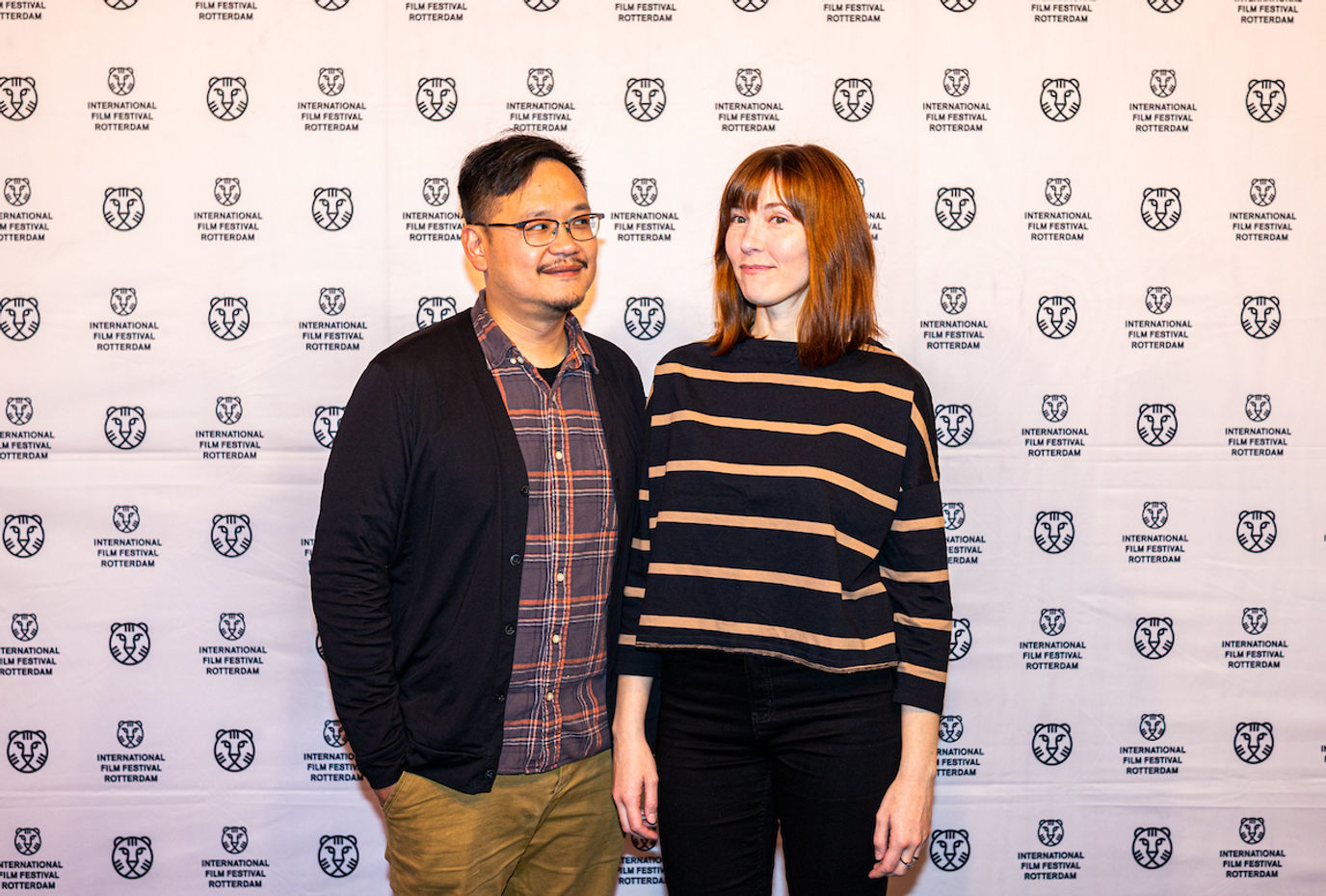 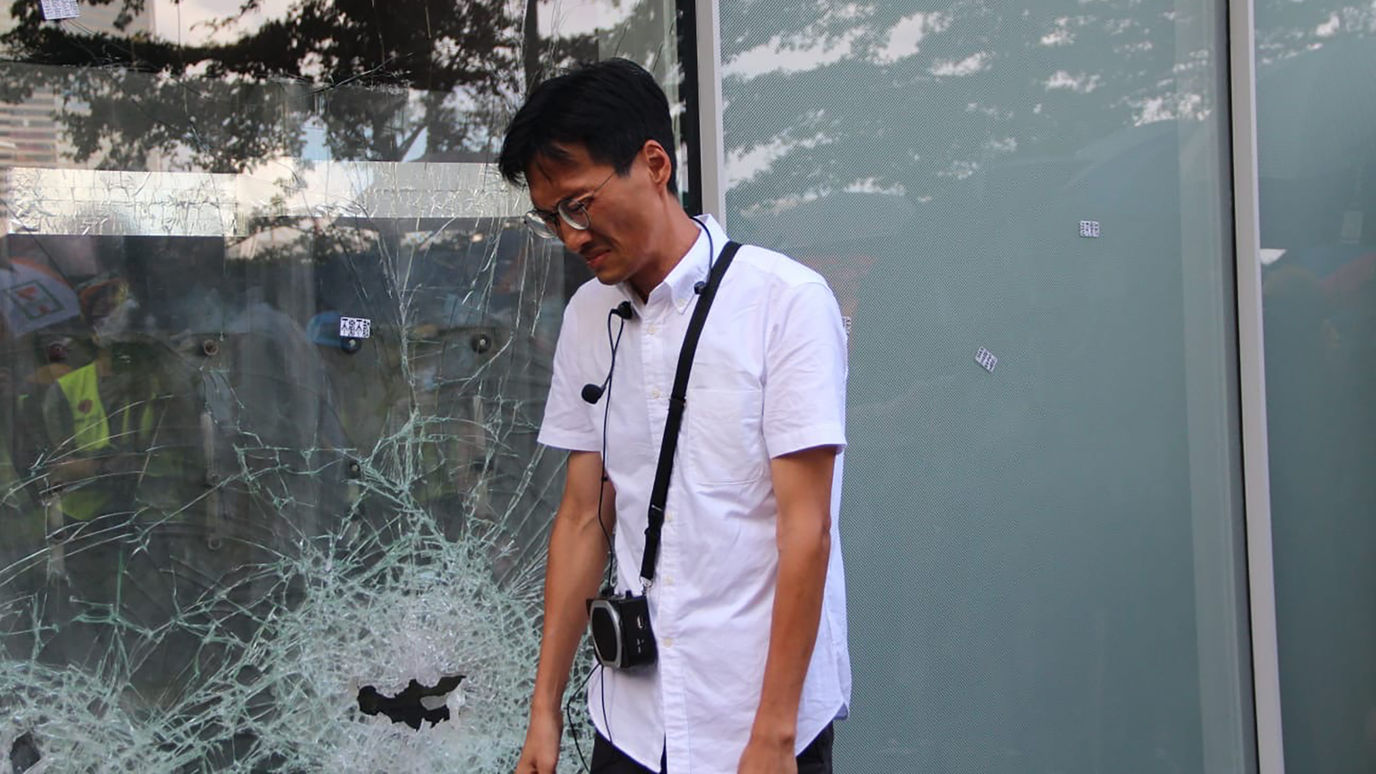 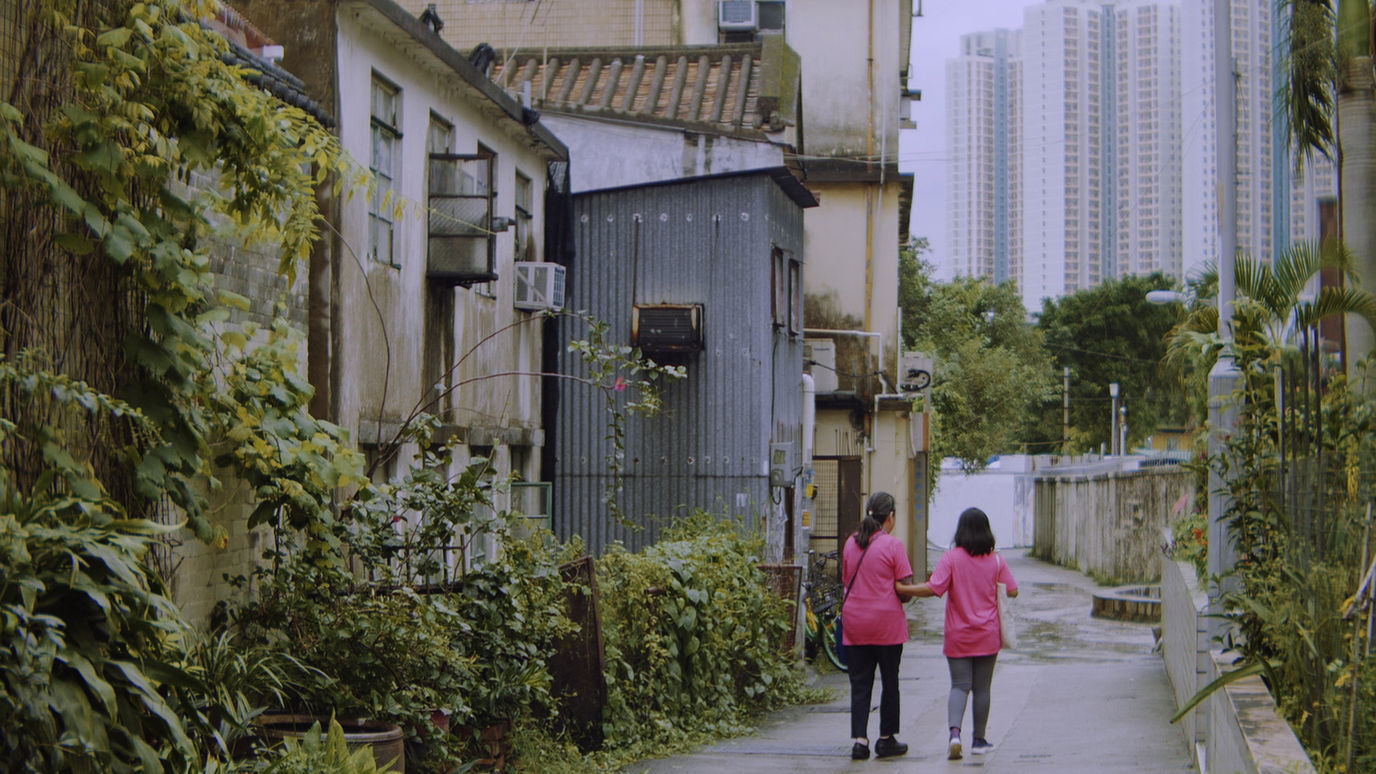 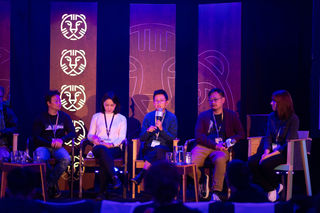 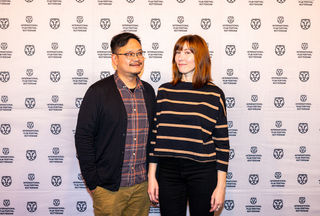 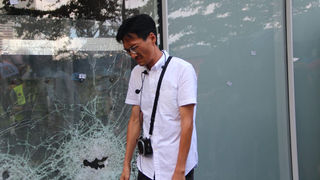 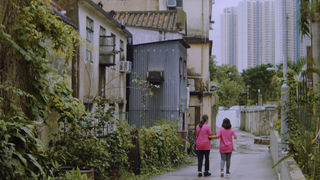 We follow angry protesters as they try to break reinforced glass windows and then proceed with the siege of the Council – thus unveiling, in a series of barely comprehensible acts of violence and almost-martyrdom, a sort of dark side of the peaceful manifestations.

Yellowing, Chan Tze-woon’s film from 2016, is probably the most balanced take on the street protests: it builds tension by interviewing youngsters as they try to impose a different organisation of living – a cooperative lifestyle reminiscent of the May ‘68 solidarity.

This cinema vérité approach bears fruit: the movie achieves a reconciliation between the necessity of filming things in the making and the capsule-in-time-like portraits of teenagers becoming politically aware.

This short survey would not be complete without mentioning Memories to Choke On, Drinks to Wash Them Down, a singular work which aims – in the words of directors Kate Reilly and Leung Ming-kai – not to document a direct implication in the protests, but to capture the zeitgeist of these troublesome Hong Kongese years, using a series of gentle-paced vignettes which are only loosely related to the political context. It goes without saying that a retrospective is never complete, nor definitive. The 25 films that were selected are here to confront viewers, to challenge what some of us take for granted, and to illuminate – for better or for worse – those who made the discontent visible from afar.

Other blog posts on Victor Morozov

Electronica can change the traditional emotions in cinema.