A host of Latin American titles, including Blaquita and Trenque Lauquen, will be familiar to those keeping a close eye on the film festival circuit over the summer. Hugely diverse in genre and setting, films supported by IFFR’s Hubert Bals Fund left their mark on the programme at Venice, Toronto and San Sebastián. Our co-production market CineMart and genre training collaboration Videoland Academy also supported breakthroughs this summer. Read our reaction roundup.

Chilean director Fernando Guzzoni picked up the best screenplay award in the Orizzonti section at Venice for this drama loosely based on a Chilean child abuse scandal from the early 2000s known as the Spiniak case. 18-year-old foster home resident, Blanca, becomes the key witness in a scandal involving kids, politicians and rich men taking part in sex parties. The film received HBF+Europe: Minority Co-production Support in 2019. 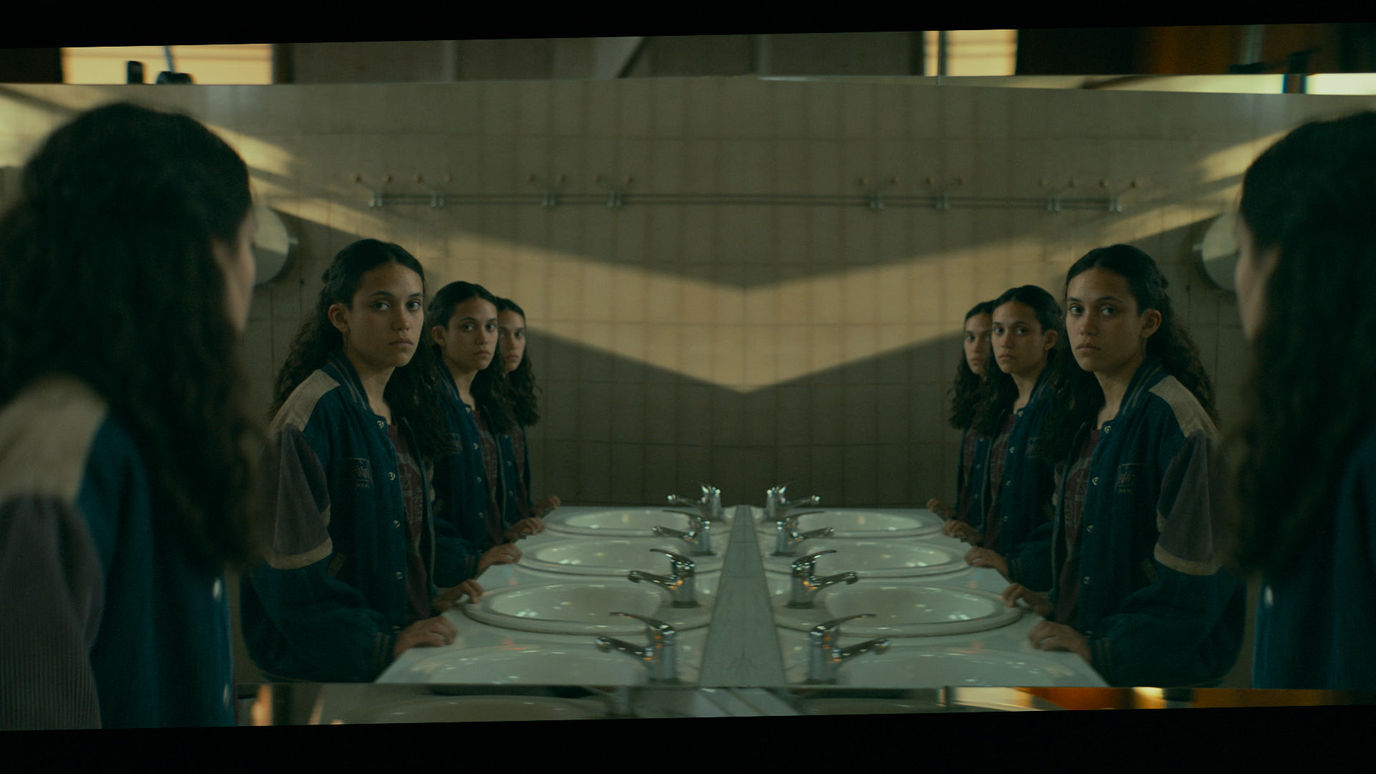 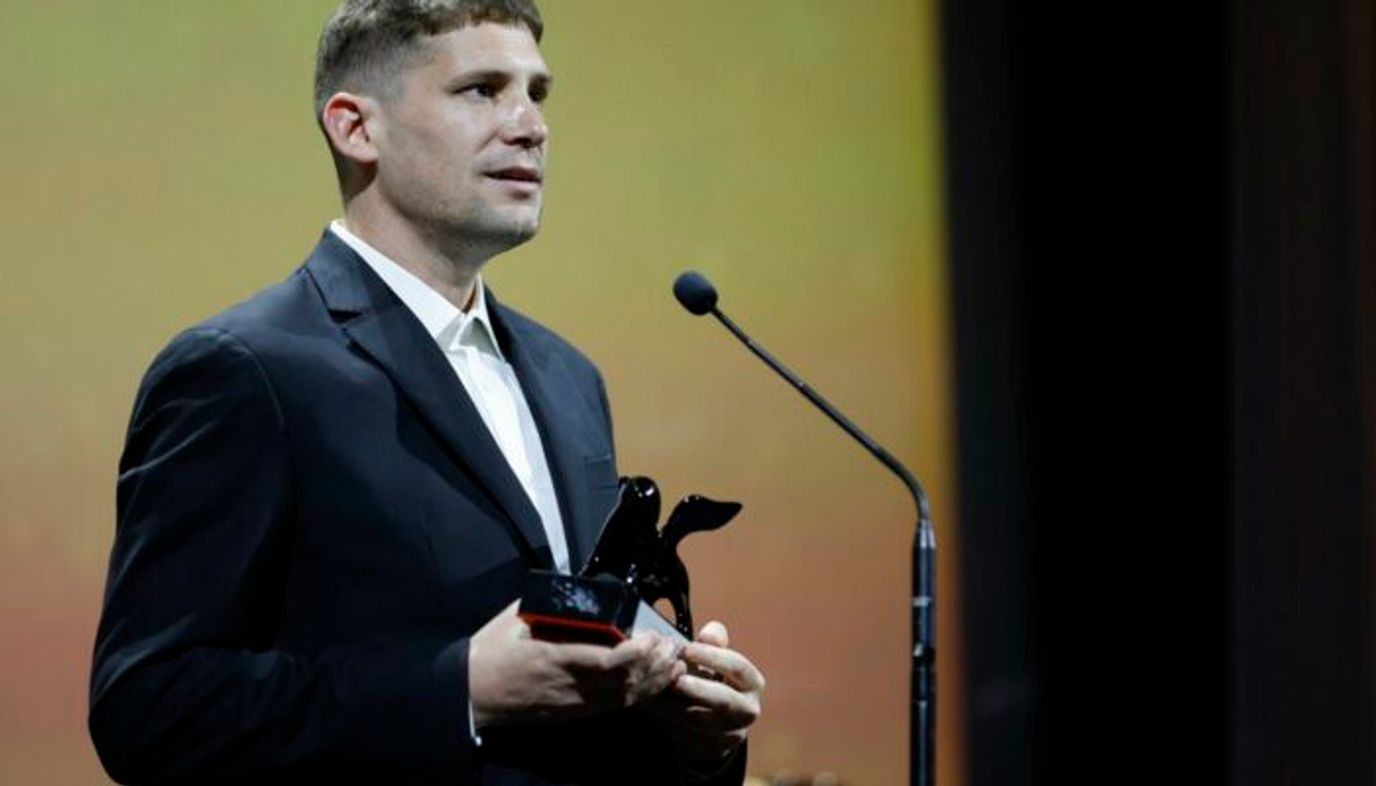 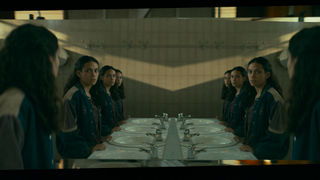 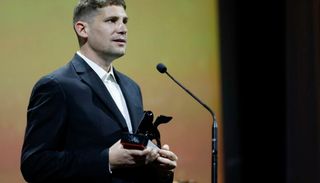 The film is now the Chilean nomination for best international feature film at the Oscars in 2023. Deadline reported Guzzoni’s reaction: “The film puts forward, in a thriller, key and urgent issues about impunity and structural injustice in our country…We believe that the film being awarded in Venice, the great reception from critics and the support of our international partners and distributors will allow us to carry out a campaign that seeks to make Blanquita’s message visible and position the film in the best possible way.”

A town built around a roundabout in provincial Buenos Aires gives the name for another celebrated Venice premiere – referring to an apparently banal commuter terminal that would actually be better read as symbolic of the many comings and going offered by the film.

Biologist Laura Paredes is the central protagonist of the 250-minute and 12-part feature from Argeninian director Laura Citarella, investigating new plant species, hidden romances, and the peculiar appearance of a half-human-half-animal in the town’s lake. Each story and their enthralling offshoots become embedded within Laura’s own disappearance and its investigation. 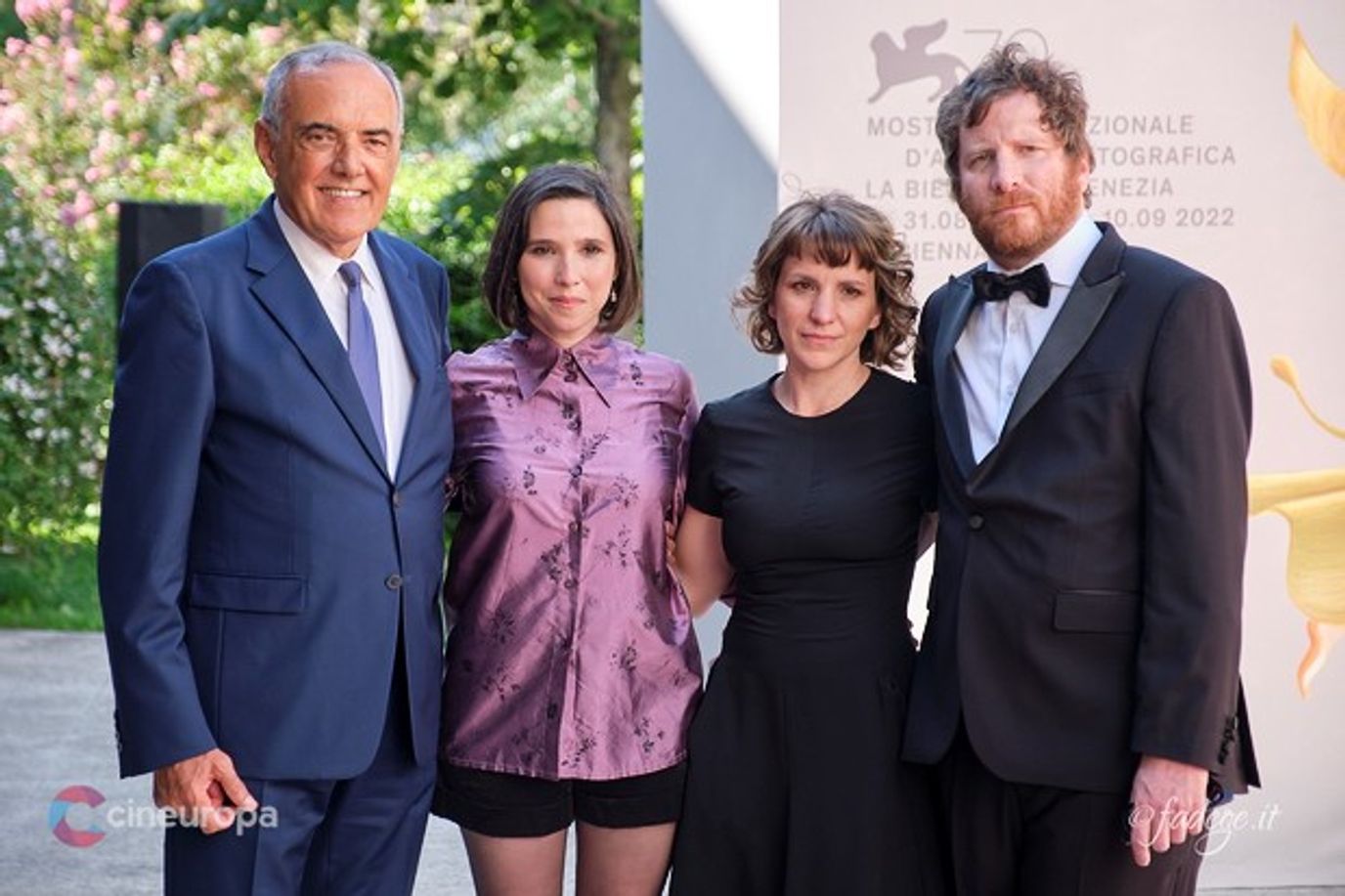 Cast and crew of Trenque Lauquen in Venice, source: Cineuropa 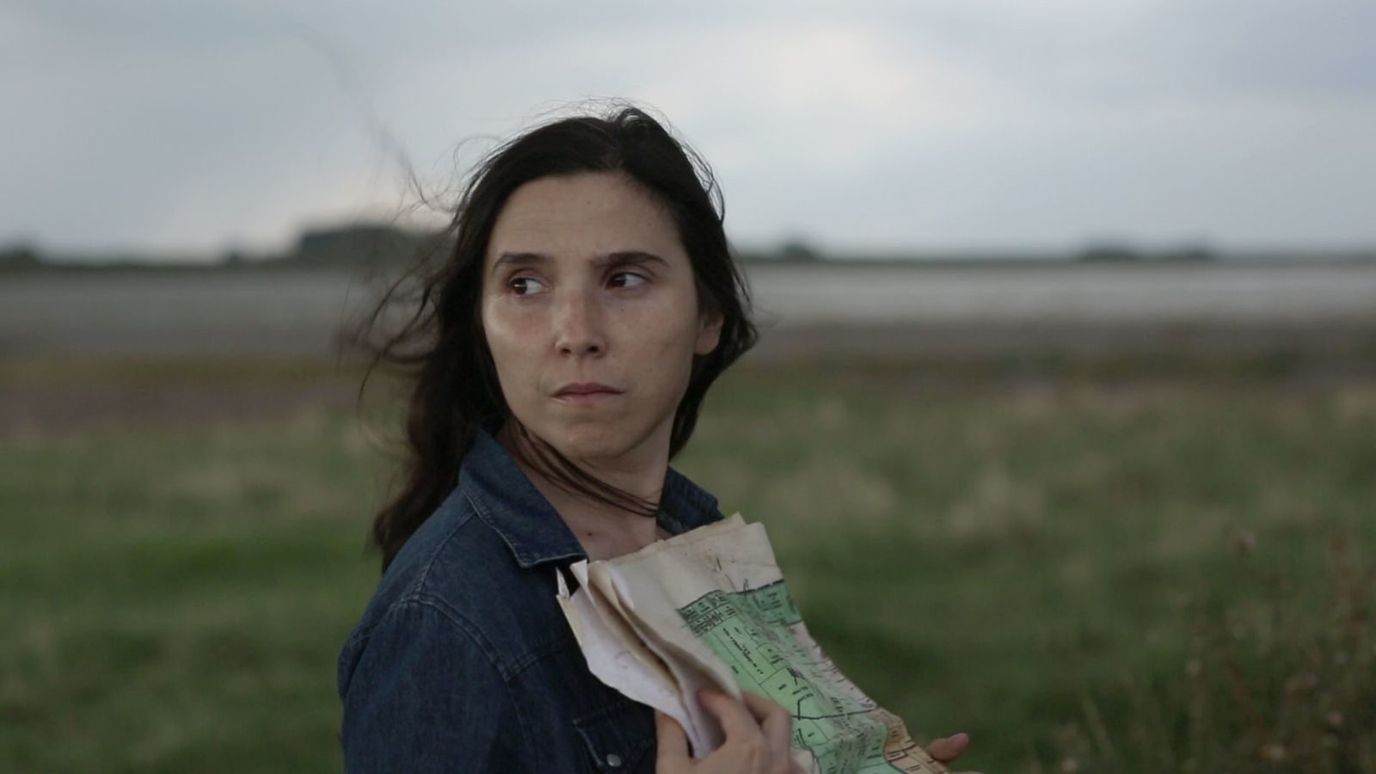 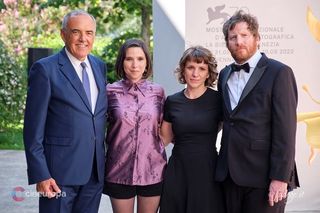 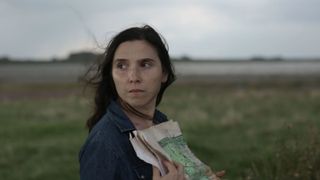 “Citarella emphasises the liberating quality of following the rabbit hole as deep as it goes, of losing oneself as the catalyst for realising no one has a set, permanent self to lose in the first place,” said Jake Cole for Slant Magazine. Co-produced by El Pampero Cine, and bought by Paris-based sales agency Luxbox, the film screened in two parts at Venice, San Sebastián and the New York Film Festival with HBF development support in 2016.

Describing a slow pan across a lake that draws the film to its close, Leonardo Goi for MUBI Notebook concludes: “If all my memories of the 79th Venice Film Festival were to shrink to a single scene, let it be that.”

“Photographing spaces and beings at the beach where my father lives and which I know microscopically was the seed to create an imaginary island, full of birds and mollusks”, Ecuadorian director Ana Cristina Barragán told Variety, describing La piel pulpo which premiered in the Horizontes Latinos strand at San Sebastián. 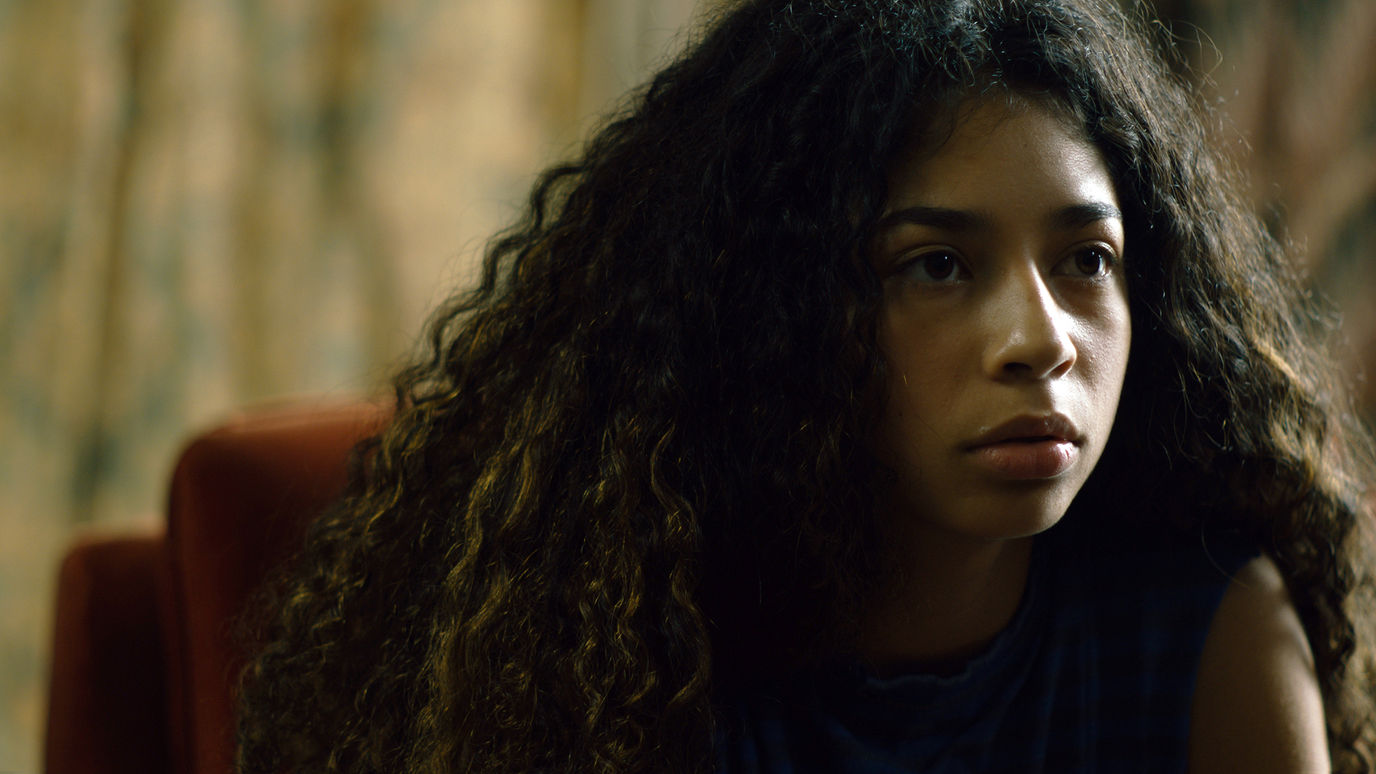 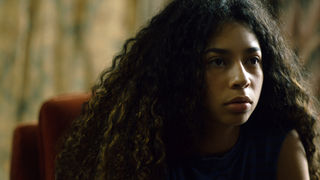 Two twins grow up together on a remote windswept island, where their unconventional relationship is secluded from the metropolis that lies beyond. With her debut Alba screening at IFFR 2016, her latest film was presented at CineMart in 2017 and received support on two occasions from the HBF. Adolescence, the body and nature are themes central to her work.

From the wild island landscapes to La Chureca – the largest open-air refuse site in Central America, located on the outskirts of the Nicaraguan capital. The “landfill families” who sort through the waste for a living became the topic of Laura Baumeister’s La hija de todas las rabias which world premiered at TIFF.

“When I faced the reality of the location” she told Variety, “I felt the need for the way the characters experience things not to be seen solely through the objective reality of poverty and their economic condition. I also wanted to give them something that we all have, imagination.” Her “confident and candid filmmaking avoids explicit moralising” remarked Kevin Jagernauth for The Film Verdict, “and instead lets the dust-caked and sun-bleached images…speak for themselves.”

“Intimately tender and boisterously fun, Something You Said Last Night announces the arrival of a vital new voice in trans cinema” reported IndieWire on the debut from Canadian-Italian directoLuis De Filippis, whose short For Nonna Anna screened at IFFR 2018.

Ren, an unemployed trans woman in her mid-twenties, holidays with her family to a conservative beach resort in Florida. The film received the Changemaker Award, chosen by TIFF’s Next Wave Committee, a group of young film lovers who recognise cinema’s power to transform the world. The film was presented at CineMart in 2020, along with fellow Canadian The Young Arsonists by Sheila Pye’s which also premiered in the Discovery strand.

Pye’s “haunting feature debut follows a group of teenage girls – each suffering some form of family trauma – whose relationships with one another are both strengthened and tested over the course of a summer.” The Film Stage praised the beauty of the portrayal of small town malaise: “This is an outlet, not an answer.”

Brazilian filmmaker Carolina Markowicz’s debut Charcoal is a darkly humorous and thrilling social satire, presented at CineMart in 2018, following a rural family struggling to live off the charcoal industry who offer to shelter a fugitive. “Markowicz confidently tells a story that film has been doing forever – the stranger who radically upsets a family dynamic”, praised  Roger Ebert, “but does so in a way that feels driven by character and setting instead of cliché.” 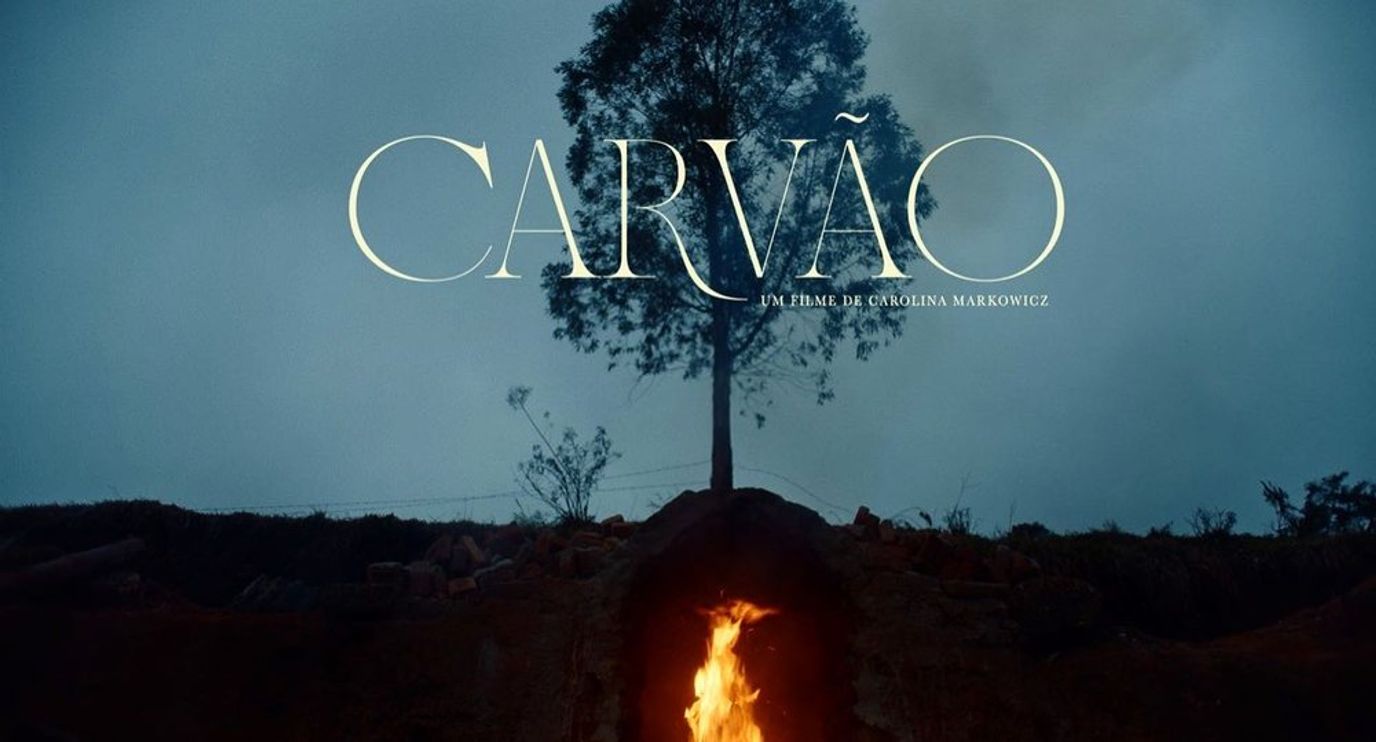 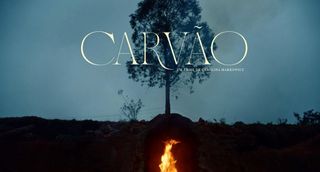 Much closer to home was the Netherlands Film Festival in Utrecht at the end of September. Three mid-length films had the chance to premiere, produced under the watch of Videoland Academy, a talent development scheme which IFFR runs together with NFF, IDFA and the streaming service Videoland. Dormis, Op Tijd Terug and Black Magic Girl were the three ‘modern fantasy’ films from the next generation of young genre makers.

Find out more about Videoland Academy