Kicking off a new interview series for our Next Film Patrons.

Just a couple of weeks ago we launched Filmgasten for members of the Next Film Patrons, a new interview series in the style of Zomergasten in which prominent film professionals are tested on the basis of self-selected (film) fragments. We were very happy to welcome editor Job ter Burg as our first guest, winner of the Golden Calf for Best Film Editing for film Tirza, ICS Award for Best Editing for Elle, and also known for his work on Martin Koolhoven’s Brimstone. Here’s what Job had to say before the event.

Job, great to have you here! How do you feel about being our first Filmgasten guest?
I’m excited! I have no clue how it’s actually going to go since it’s never been done before, but it’s very nice to be part of the first one. Hopefully there will be a whole bunch of people who are interested, I’ll show them some interesting clips, and we’ll have some interesting talks about it.

Can you tell us about what you will share with the Next Film Patrons?
It’s going to be interview based upon clips, but since I do some teaching from time to time, I’ll probably make it into a bit of a class. I’m going to show a couple of clips that I cut myself, but also a couple of clips from films that I like, that inspired me, or that prove a point. I’ll share clips from Steve McQueen’s Twelve Years a Slave, the first scene of Jurassic Park, and from one film I cut called Blackbook. 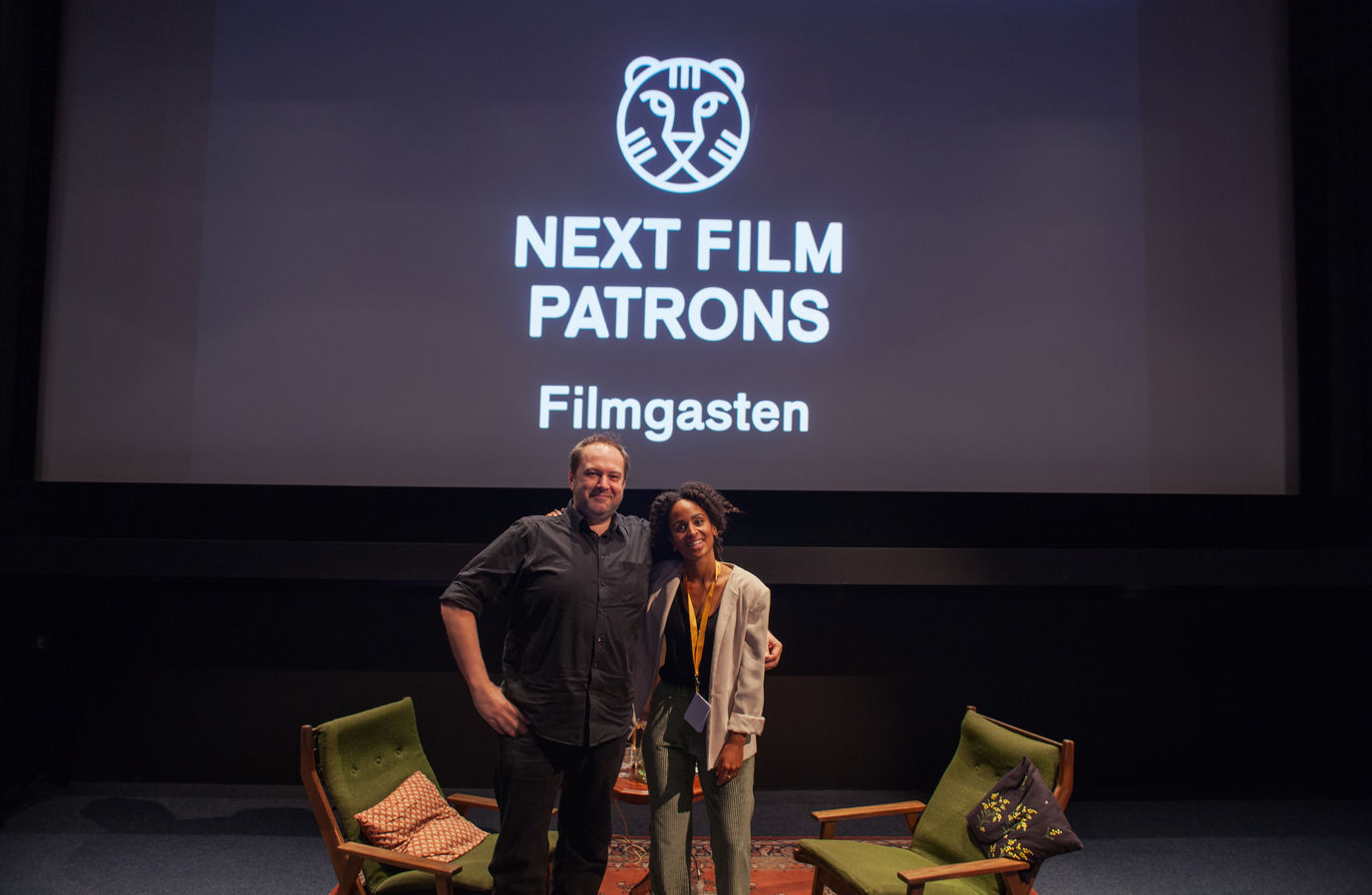 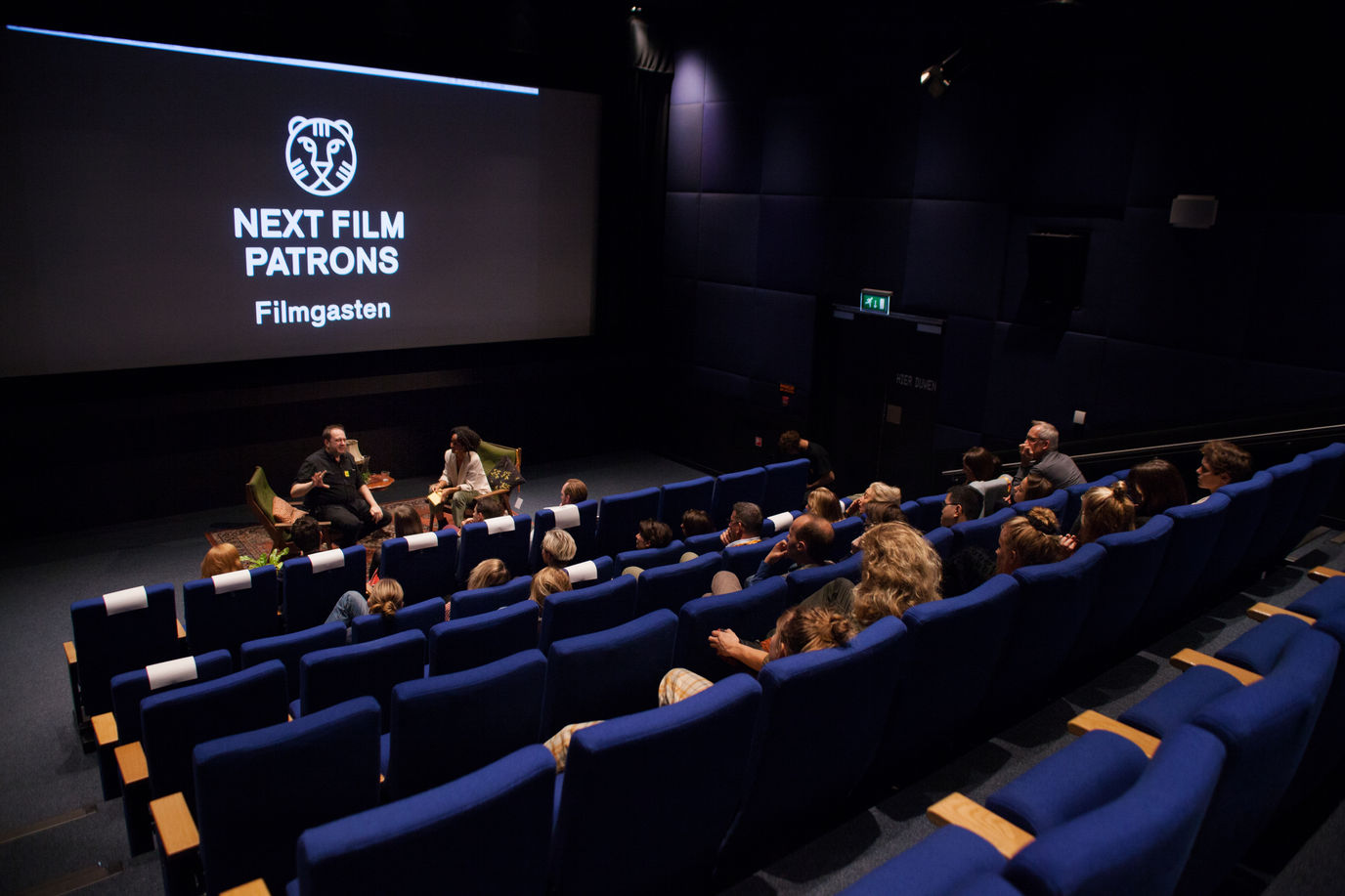 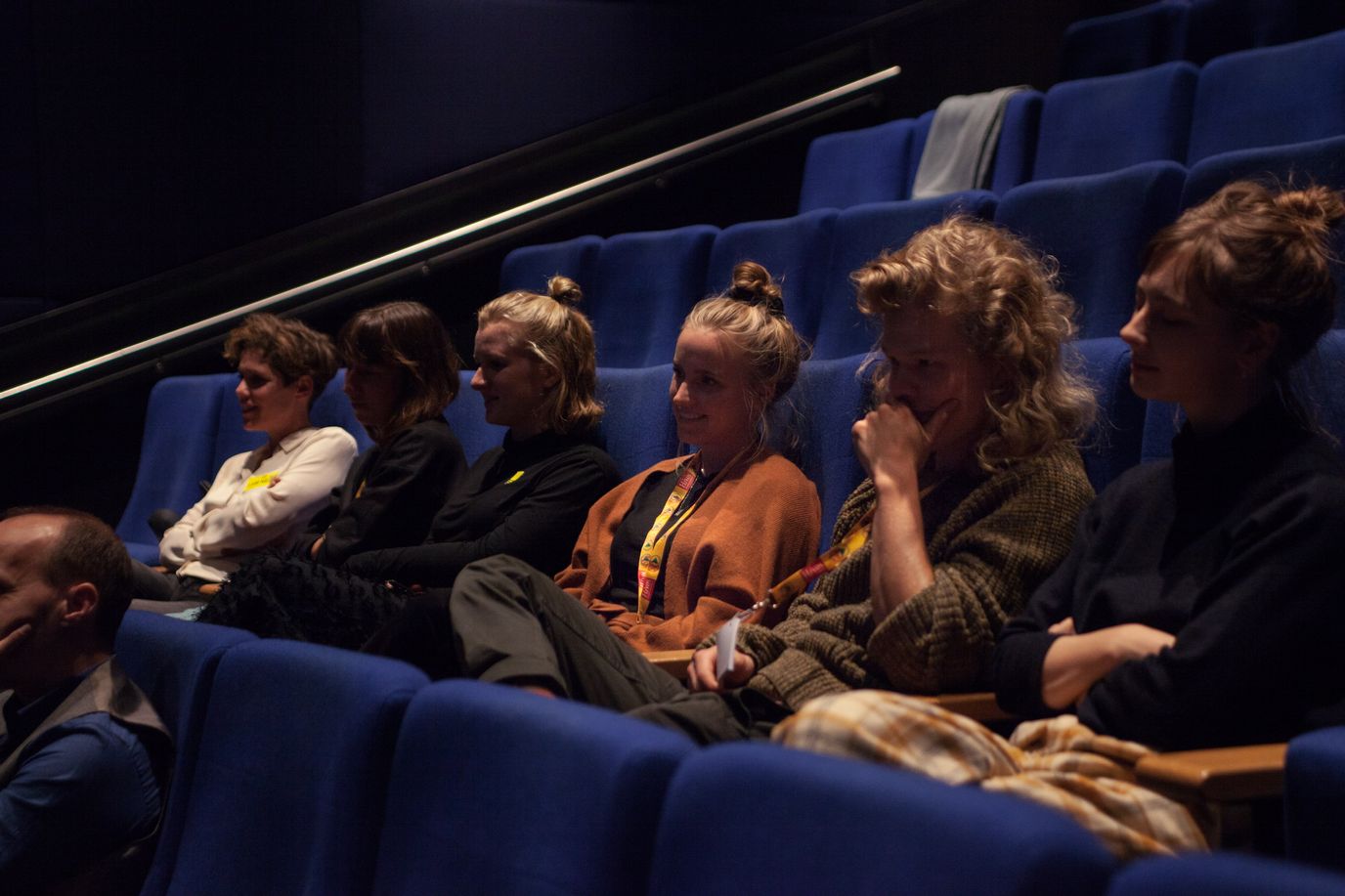 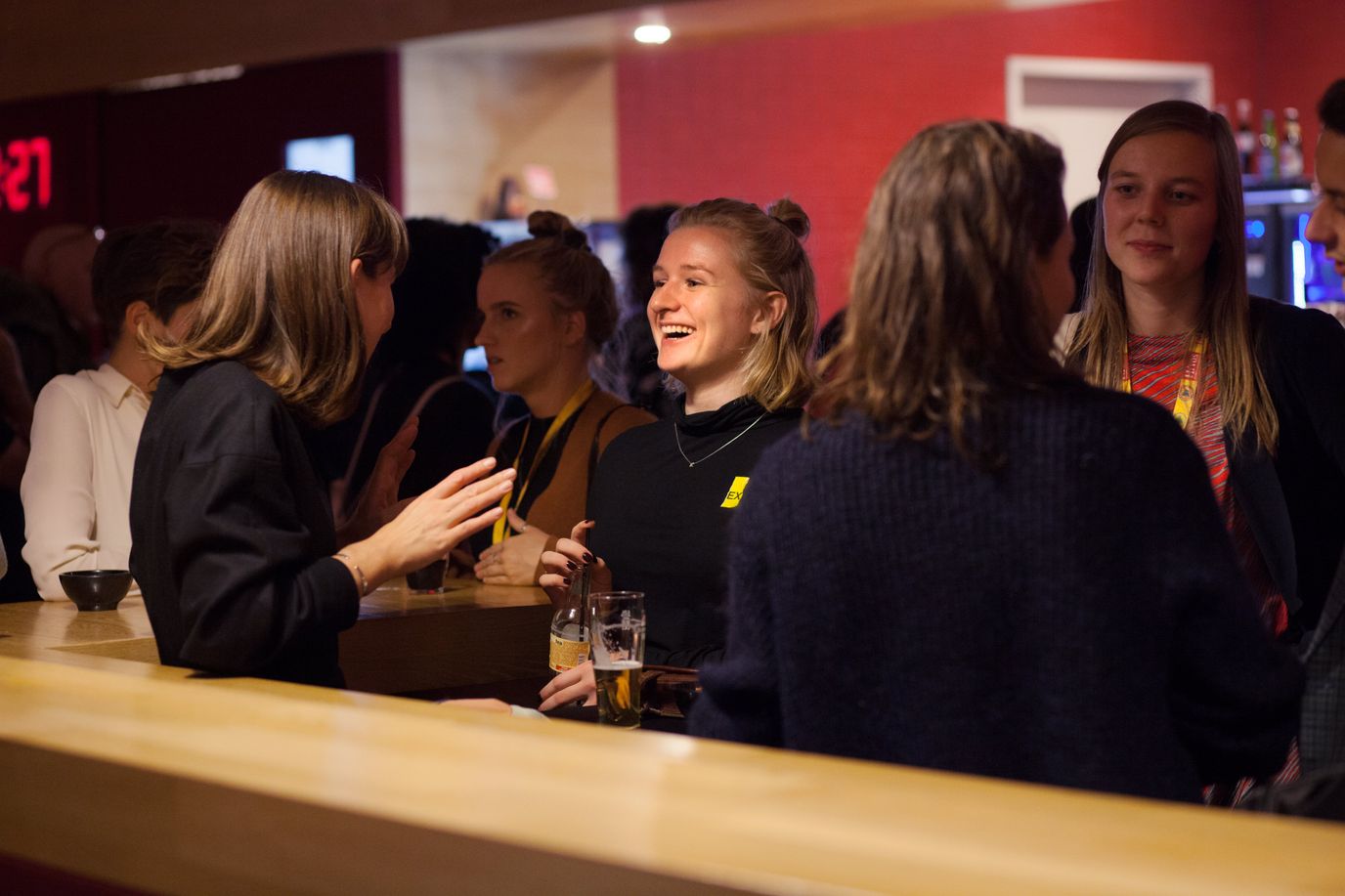 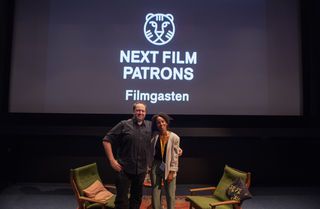 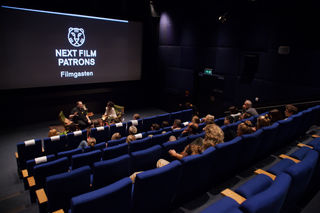 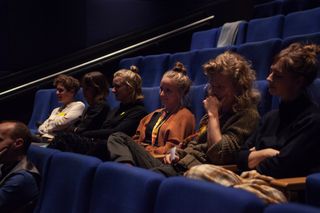 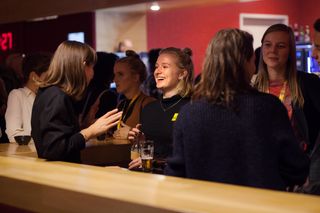 What do you like most about working with raw footage?
The great thing about working as an editor is that you get to be part of so many decisions about how the story is being told. When they go out and shoot, they’ll shoot a whole bunch of stuff, then it’s up to me to find a coherent story and shape it, and to find the form that it’s best told in. It’s like a never ending puzzle. I once told someone that I’m not really into computer games and it’s likely because I already play a game every day. One that has so many levels to it, an unending amount. No scene that you do is ever the same. That whole journey and the search to find the film that’s in there, that’s what makes me tick.

You’re founder of the NCE (Netherlands Association of Cinema Editors). What are your goals here?
It was founded as a place where we as editors could meet and get inspired. One of the things that happens to be true for editors is that you work alone a lot. It’s very uncommon for us to meet each other. Editing is some kind of black art, there’s some magic to editing and not many people know exactly what’s happening in the editing room. I always found it inspiring to meet other editors, those are the people who know what I’m doing every day. A few of us got together and founded this group, we have around 90 members who are all into film editing. It’s very nice to meet each other, we also do masterclasses with international guests, we bring over editors from France, Germany, Denmark, the US, anywhere. It’s all about getting inspired about what we do and our profession and the art and craft of film editing.

What inspires you in your editing work?
I think I always get inspired by films that use the actual cinematic elements to convey a specific story. With the NCU we run international masterclasses, during the Netherlands Film Festival in September we invited Dylan Tichenor, the editor of many films but including Magnolia by Paul Thomas Anderson, which was one of those films that got me very much inspired. I loved the way he talked about this film, it was all about using the same tools and ingredients that we all use whether we’re working on a very low budget indie film or on a very big studio film. It’s all about the use of time, pacing, rhythm, music, form, structure and about getting people engaged in the story or in characters. Favouring character over stories sometimes, because sometimes the story is in the characters. Watching his films recently really got me going again.

Editing is some kind of black art, there’s some magic to editing and not many people know exactly what’s happening in the editing room.
— Job ter Burg

What are you editing at the moment?
I’m in the middle of cutting the first assembly of Paul Verhoeven's new film called Benedetta. It’s a French production from the same production company as he worked with for Elle. Starring Virginie Efira and Charlotte Rampling, it’s a medieval set movie and is about lesbian nuns. That’s all I can say about it, they’ve just finished shooting so we’re now going into a few months of editing.

What was it like to be one of our jury members earlier this year at IFFR 2018?
I had a wonderful time. I thought it was a very difficult task because of wide range of different films that are in competition, they’re hardly comparable. All of the films had some sort of edge and something that made them special, it was very interesting. I was part of an international jury and it was the best thing to be able to spend hours with them discussing what we’d seen. Discussing things you like about films with people from all over the world is such a wonderful experience in itself. I also really liked that we got to see the films at the festival with the audience, no jury screenings! That’s great because you actually see how the film does at the festival, it helped a lot. I’ve always thought about how awesome it is that we have an international festival here in the Netherlands, to have an international podium where sometimes a Dutch film will be part of, it’s great that we’re part of the industry and can watch films here together with an international audience.

Next Film Patrons is a new circle for young film lovers (or in the making) who want join a vibrant network, learn more about film, about what goes on behind the scenes of the festival and want to attend exclusive IFFR events. Club members receive special privileges and invitations, including a not-to-be-missed Next Party during the festival!