During a plenary session at IFFR’s producer training workingshop Rotterdam Lab in 2022, director Nathalie Álvarez Mesén and producer Nima Yousefi spoke to David Pope about the making of IFFR 2022 title Clara Sola. The film was described by Variety’s Jessica Kiang as “a strange and mesmerising tale of mysticism and sexual awakening in rural Costa Rica.” It world-premiered during Cannes Directors Fortnight 2021 after previous support from IFFR’s Hubert Bals Fund via the HBF+Europe scheme in collaboration with Creative Europe MEDIA.

When Nathalie and Nima started on the project in 2015, it was the first feature film that either had developed. “One of my tutors said to me,” recounted Nima of his time during producers training at EAVE, “you're like one of those people that's never been skiing but goes straight to the Alps and down the steepest slope.” Setting up a European and international co-production, finding funding from nearly 20 sources, and then shooting a film in rural Costa Rica on the eve of a pandemic certainly made this the case for the both debutants. Most strikingly, Nima didn’t speak Spanish, the language of the film and the language of its country, Costa Rica.

“It created so many images"

Nathalie described the long process of pitching and developing the work. “It’s painful to put things down in words that you want to make in film.” Guiding both through the process though was the final scene, which anyone that’s seen the film knows is a powerful culmination of Clara’s narrative. This was Nathalie’s first starting point for the project. “Working with something for five years it's really helpful to know what the core of the film is, and how to navigate through this journey.” When he was given the one-page synopsis it was an instant match. “It created so many images inside me, and also her short films, which I love.” 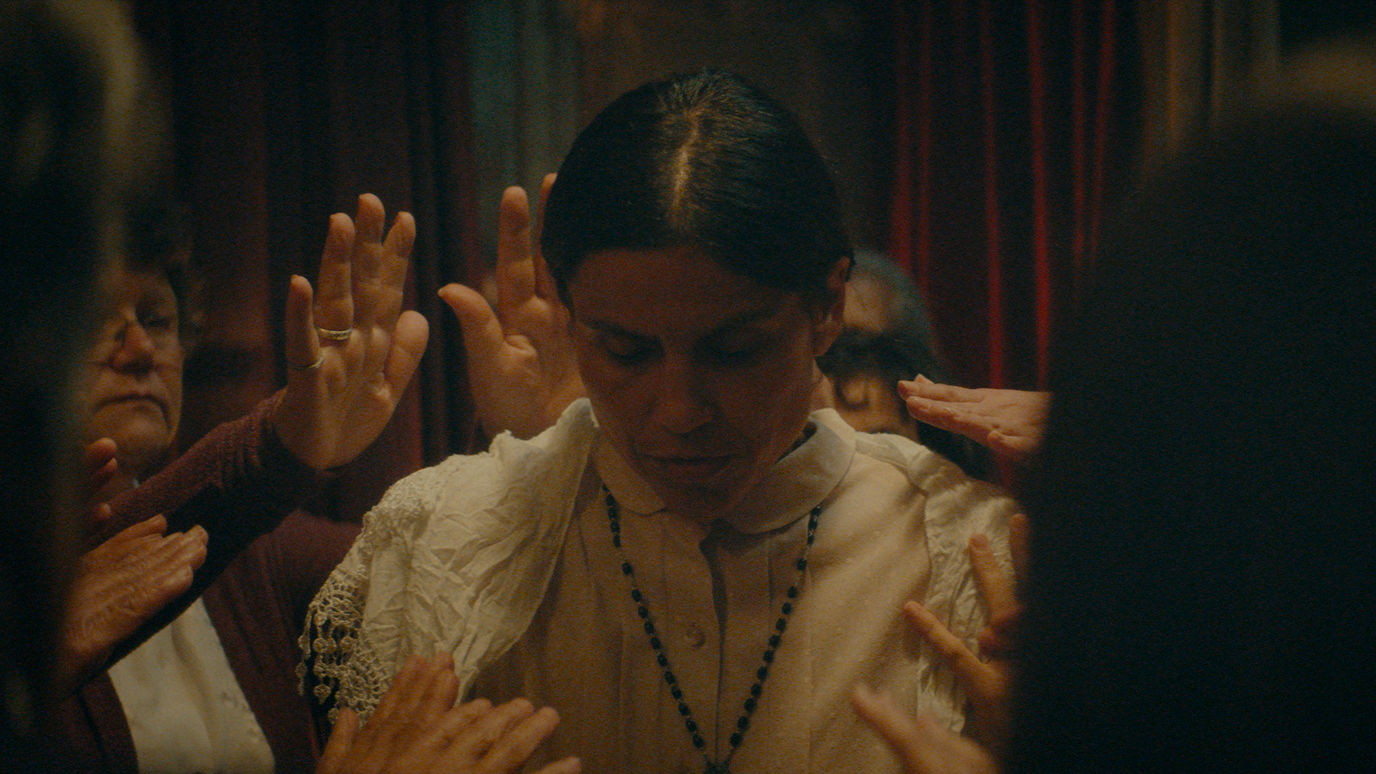 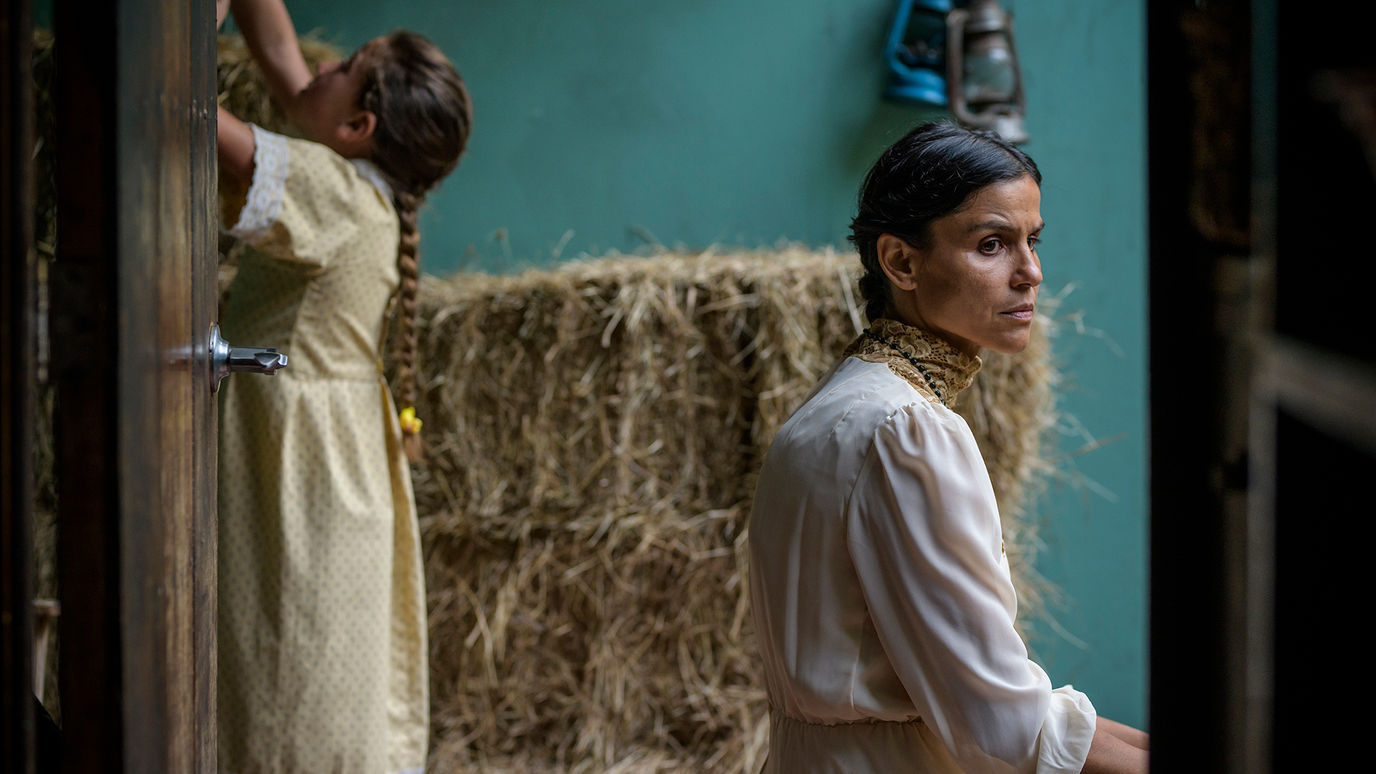 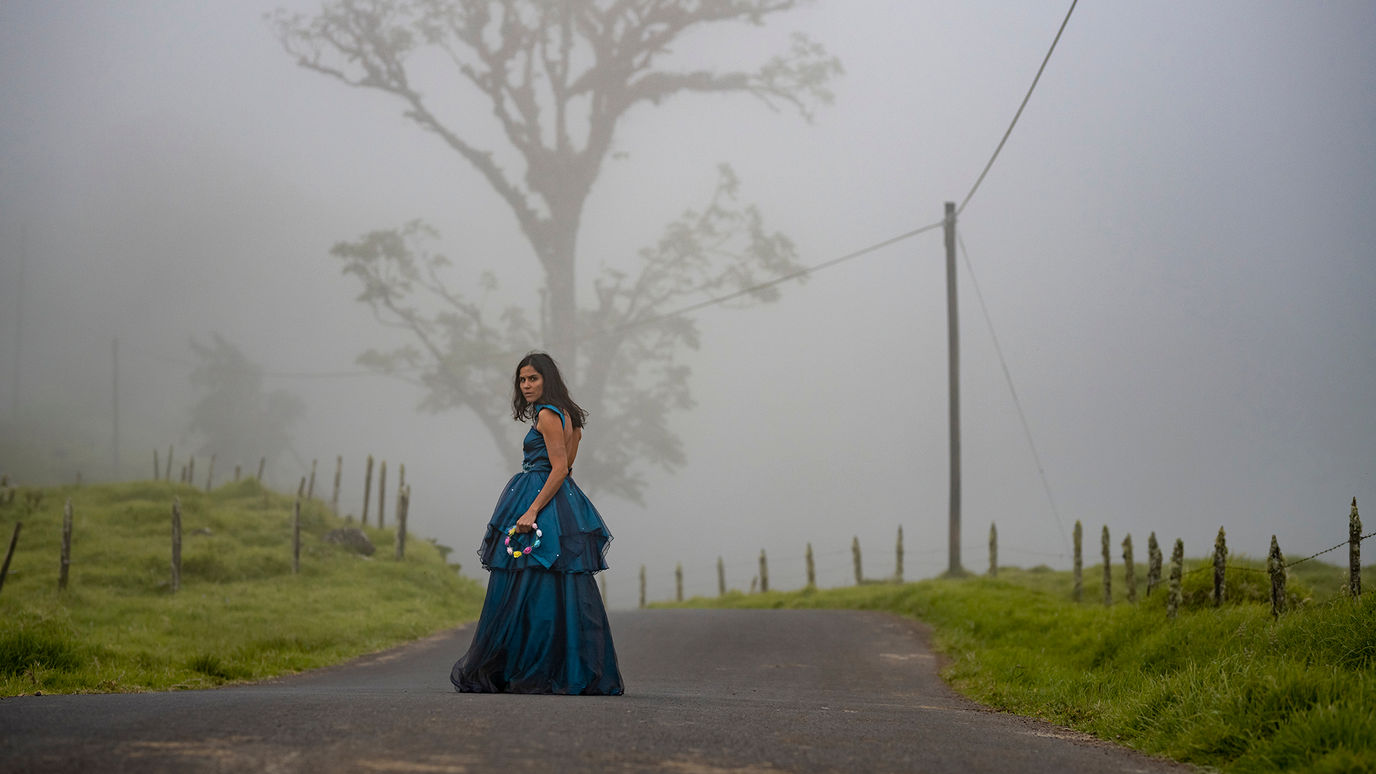 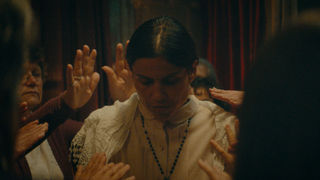 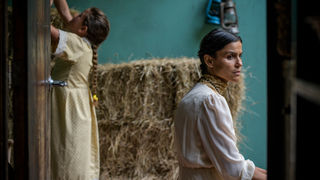 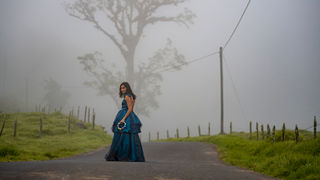 "Nima this is a nightmare, don't go there!"

The film is a prime example of the workings of the global film industry at this level where projects require an outstanding range of financing to bring them to reality. The project was ostensibly a Swedish/Belgian co-production but there were many other partners on board, with support also secured from the likes of IFFR’s Hubert Bals Fund and Berlinale World Cinema Fund, and private equity from the US. "Nima this is a nightmare, don't go there", he remembered being told of the process of applying for such funds which make rigorous use of complicated points systems and judgments on the film’s eligibility. “But I was naive so I did it!” The actual percentage split in sources ended up Sweden 54%, Belgium at 30%, Costa Rica at 11/12% and Germany at 5%.

The Swedish Film Institute provided extra Covid-related support during the pandemic. “They gave it a stamp as Swedish” said Nathalie, which although herself and Nima are Swedish, some less thoughtful observers were puzzled by since it's spoken in Spanish and set in Costa Rica. Nevertheless the institute “were very open minded and supported it” and were later rewarded when it picked up five Swedish Guldbagge Academy Awards at the start of 2022.

"In the end it was a very beautiful experience”

The shooting location of the film moved to Costa Rica, away from Colombia, as it better suited the overall DNA of the film and the connections of the film’s director. Nathalie always knew she wanted a dancer in the main part, she said, because of the physical demands placed on the actor. She also reflected how the Spanish language aspect of the production was critical in creating unity, and how the secondary characters were cast locally, which also meant that production could invest in an area that needed support after the ravages of reduced tourism (due to volcanic activity) and, of course, the pandemic.

“The biggest challenge was the horse!” which according to Nathalie was not a particularly cooperative actor to start the shoot with. “We lost the first day of shooting. Nima and I looked at each other and almost cried. It slowly became used to us and we found a nice working method. In the end it was a very beautiful experience.” That the horse should have been the biggest challenge speaks to the luck with which they avoided the early onset of the pandemic. “We still had to film the party scene,” said Nathalie. “We were very careful. Nima and the film got out on the last flight!” All the post-production was completed in Belgium.

"Finding partners that you connect with on a human level"

Closing the session, Nima said how he was delighted to have settled on working partners who were complementary to the whole filmmaking process of making an excellent film in as delightful a manner as possible. “It was about finding the right co-producers and finding partners that you connect with on a human level, that you want to make the film with. Because doing a co-production with five countries, you will have different feedback and if you're not aligned and not doing the same film, or you feel uncomfortable, then it's going to be a nightmare.”

Nathalie agreed. “If you feel red flags about someone in terms of it not working out chemistry wise, just follow your gut.”

This case study was presented as part of Rotterdam Lab, IFFR’s training programme for emerging film producers from across the world which took place online in 2022.

Other blog posts on Rotterdam Lab

“I guess ultimately I love supporting and nurturing people.”

2016 Rotterdam Lab alumnus returns to IFFR this year with Something You Said Last Night.

“I Googled what an assistant director was supposed to do”