Back at CineMart 2021 Teddy Cherim’s project De Maalstroom, produced by Marten van Warmerdam of Graniet Film, picked up the Wouter Barendrecht Award, designed to boost its future business and creative trajectory. The filmmaker updates IFFR Pro on developments since then.

The pitch video for De Maelstrom said it all. The film, about a man who discovers an East African refugee camp in the hold of his ship while transporting a shipful of white desert sand from Le Havre to a beach in Rotterdam, was going to be “one of the sickest movies you have ever seen in your entire life,” said Cherim back then.

Right now the screenplay is approaching completion, and it is hoped that finances will be in place to ensure a spring 2023 shoot. The project, Cherim underlines, has generated a lot of interest among potential co-producers, distributors and sales agents, both locally and in the wider industry. “And a lot of that is down to the festival,” he says.

The project was selected for BoostNL which kicked off at the Holland Film Meeting (September 2020) before concluding at CineMart 2021. Expert guidance was provided by script medic David Pope who provided “great help” on the screenplay.

Cherim describes his film as a dark comedy and a road movie, but with an intensely serious theme. He points out how, for the skipper of the boat, life is difficult enough and it takes him a while to adjust to the notion of hospitality towards the stowaways. But it’s also a coming of age story about a young man seeking redemption from his grief and guilt, Cherim points out, which he eventually finds amongst the new inhabitants of his vessel.

“To me this is an important story because I am the grandson of refugees during WWII, and so I know within my family the pain that it caused. It’s not so long ago that this was happening, and I find it appalling the way we are reacting to the current influx of refugees. That is why it is an important film to make.”

“For me, De Maelstrom is the ultimate meeting of the hope and perseverance of the economic migrant with the sobriety and stubbornness of a Dutch skipper,” he adds in his notes for the film. 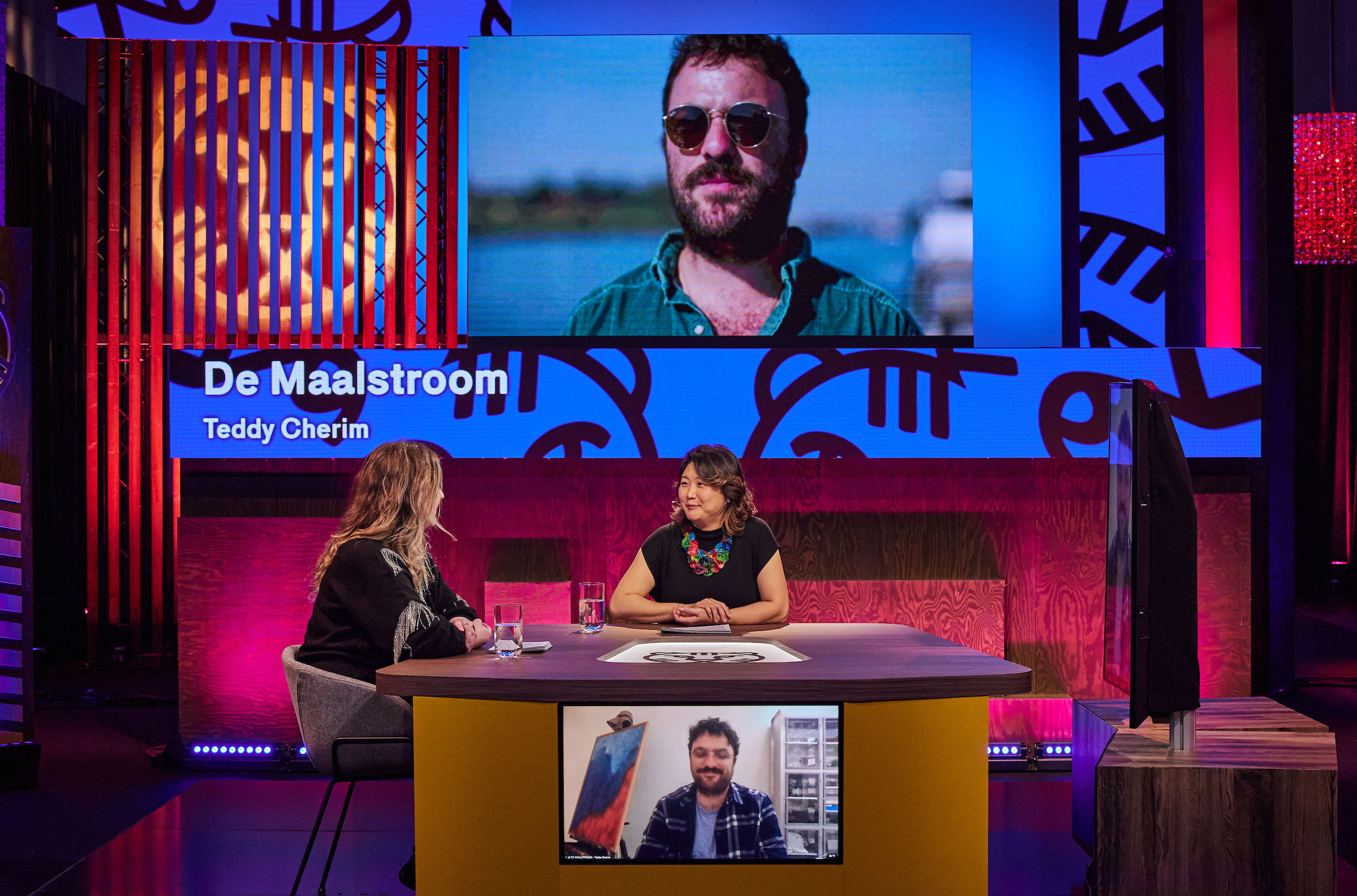 “And winning the Wouter Barendrecht Award was a sign that we're on the right track to make something interesting, Also, for us starting out as young filmmakers, it's nice to see that our story is translating well into other languages and cultures, and that people are seeing the film, and that it's a universal story that people are intrigued about from all over.”

The idea for the film may have been dreamt up half a decade ago, but even though the refugee crisis isn’t headline news any more, that doesn’t mean the problem has gone away. Far from it, Cherim underlines.

“I don't see it stopping anytime soon either,” he says. “Because there are so many reasons why young people from Africa cannot stay there. And they're gonna keep on finding their way to Europe. So I think this film may be even more relevant than when I came up with this idea, when it was still closer to the Syrian migrant crisis. I mean, people are still getting into dinghies all across the Mediterranean, and dying in their attempts to discover a new life.”

Details of our co-production market CineMart in 2022.

"It turned out to be more fun than we thought"

Find out the prize-winning projects presented at the 39th CineMart.