IFFR hosted a two-pronged call to action January 26 to support global filmmakers whose work is impeded, censored or withdrawn. Directors whose lives are disrupted or endangered or, in some cases, whose liberty is systematically removed by oppressive governments and systems across the world.

IFFR hosted a two-pronged call to action January 26 to support global filmmakers whose work is impeded, censored or withdrawn. Directors whose lives are disrupted or endangered or, in some cases, whose liberty is systematically removed by oppressive governments and systems across the world.

Following on from a similar event at IDFA 2018, the morning session comprised a closed think tank session, while the afternoon offered a keynote address by Agnieszka Holland, an illuminating presentation by FREEMUSE’s Srirak Plipat on gross suppression across the global art sectors and a panel debate involving IDFA creative director Orwa Nyrabia, EFA head Marion Döring, ICORN’s Marianne Wulfsberg Hovdan and Kenyan Rafiki producer Steven Markovitz. LA-based Filipino filmmaker Miko Revereza, whose No Data Plan plays in Bright Future joined the debate by Skype. He has resided illegally in the US for the past two decades and commented how he would suffer a 10-year exile should he decide to leave.

Nyrabia pointed out that the action movement/initiative is in its infancy, that there was no announcement forthcoming, and “no project that we are putting on the table yet,” but that people had gathered at IFFR “to gradually reach a vision of what it is we should do.” But he underlined the urgency of the debate, reminding us that “filmmakers at risk don’t have any means of support.”

FREEMUSE’s Plipat articulated the findings of his organisation that has catalogued myriad human rights violations, such as the 131 documented cases of artistic oppression against filmmakers in 2017 and the shocking degree of blacklisting (256 films and filmmakers for which India accounted for 20%), before reminding the audience of recent high profile violations, such as the Netflix pull of the satirical ‘Patriot Act’ after the murder of the Saudi journalist Jamal Khashoggi, and the recent censorship of Bohemian Rhapsody in Malaysia because of its gay content.

Plipat then delivered a five-point plan of action to counter worldwide abuse against filmmakers that involves wholesale reporting and documenting of all cases of violation against films and filmmakers, greater engagement in terms of national and international advocacy, the launch of a campaign to end existing “prior censorship” and to “build constituencies to defend artistic freedom of international filmmaking with international film festivals and like-minded organisations.”

The European Film Academy’s Marion Döring explained the role of her organisation (previously described by Nyrabia as the “torchbearer for imprisoned Ukrainian filmmaker Oleg Sentsov). “We feel a strong responsibility for our colleagues and friends. This Academy is a family [that also exists] to raise the voice for artistic freedom and for those unable to benefit from that. So it's the responsibility and the friendship and the human relations that made us become very active in this field.”

ICORN’s Huvdan explained the workings of her organisation which, via its member cities offer long term, but temporary, shelter to artists at risk as a direct consequence of their creative activities. The aim is to be able to host as many persecuted writers and artists (on two-year residencies) as possible in associated cities and, together with sister networks and organisations, form a dynamic and sustainable global network for freedom of expression. “Basically everyone who is persecuted for expressing their opinion in some way, be it through cartooning, painting or reporting, for instance, can apply to ICORN.” The organisation has so far helped 250 artists, she underlined. 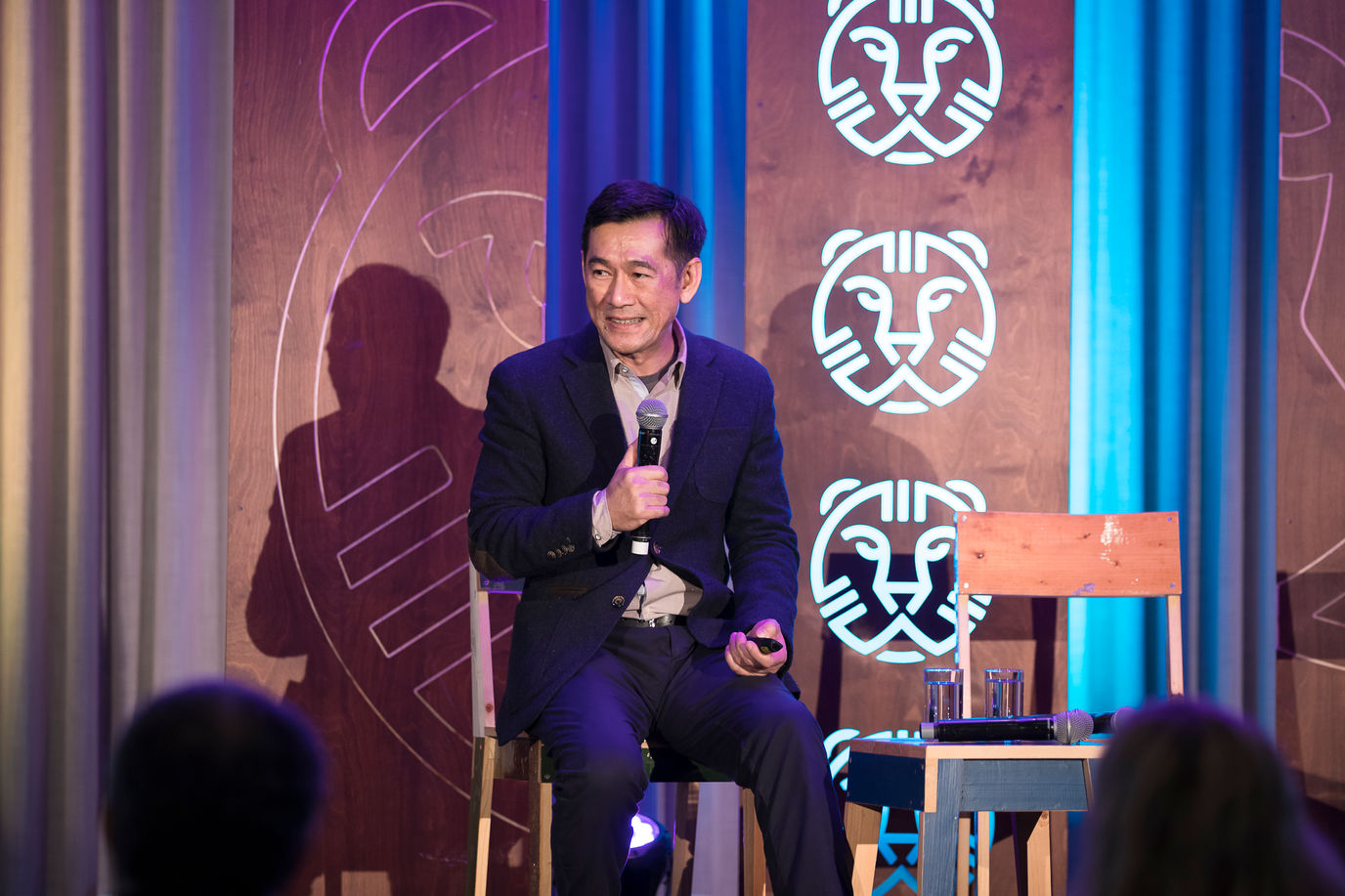 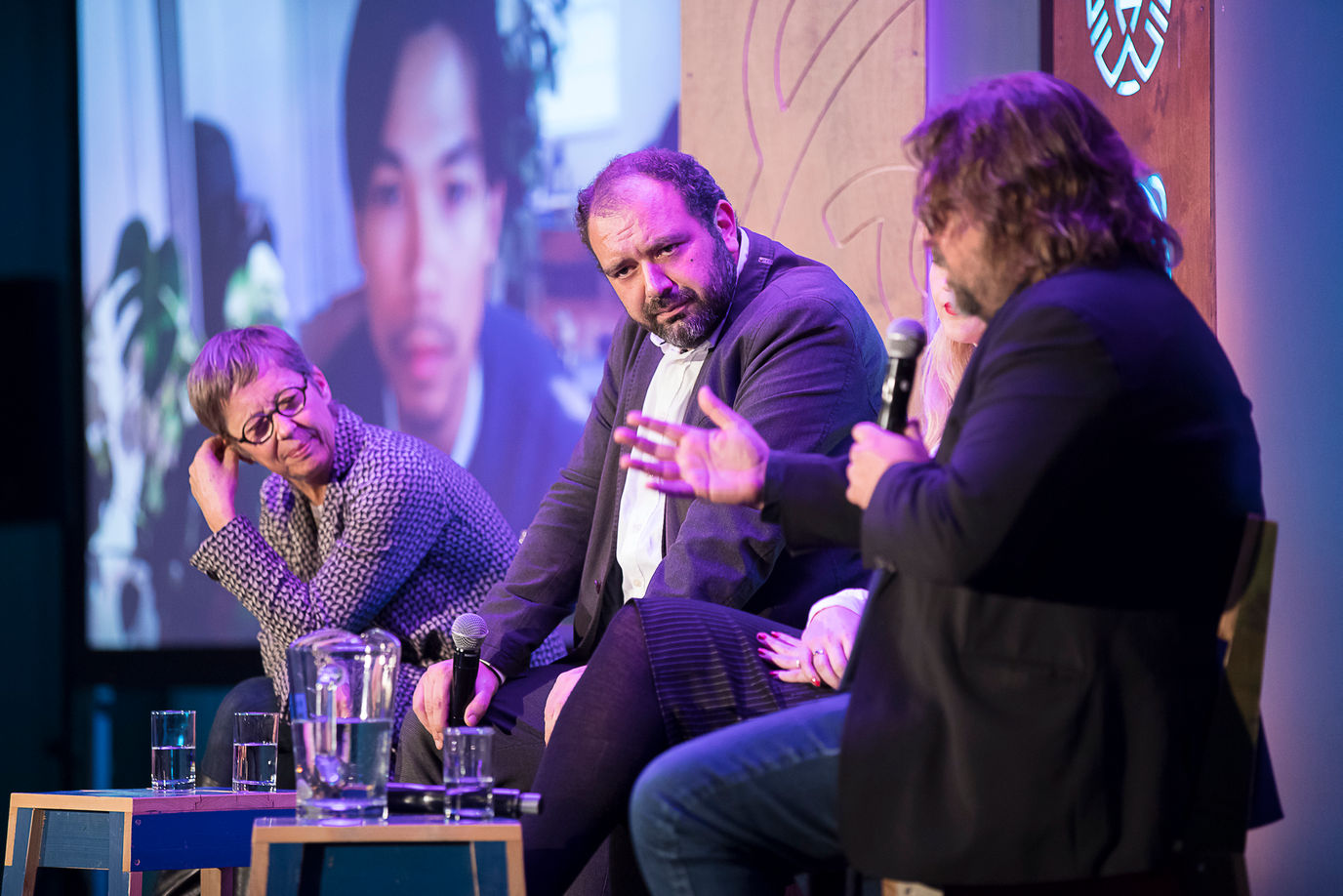 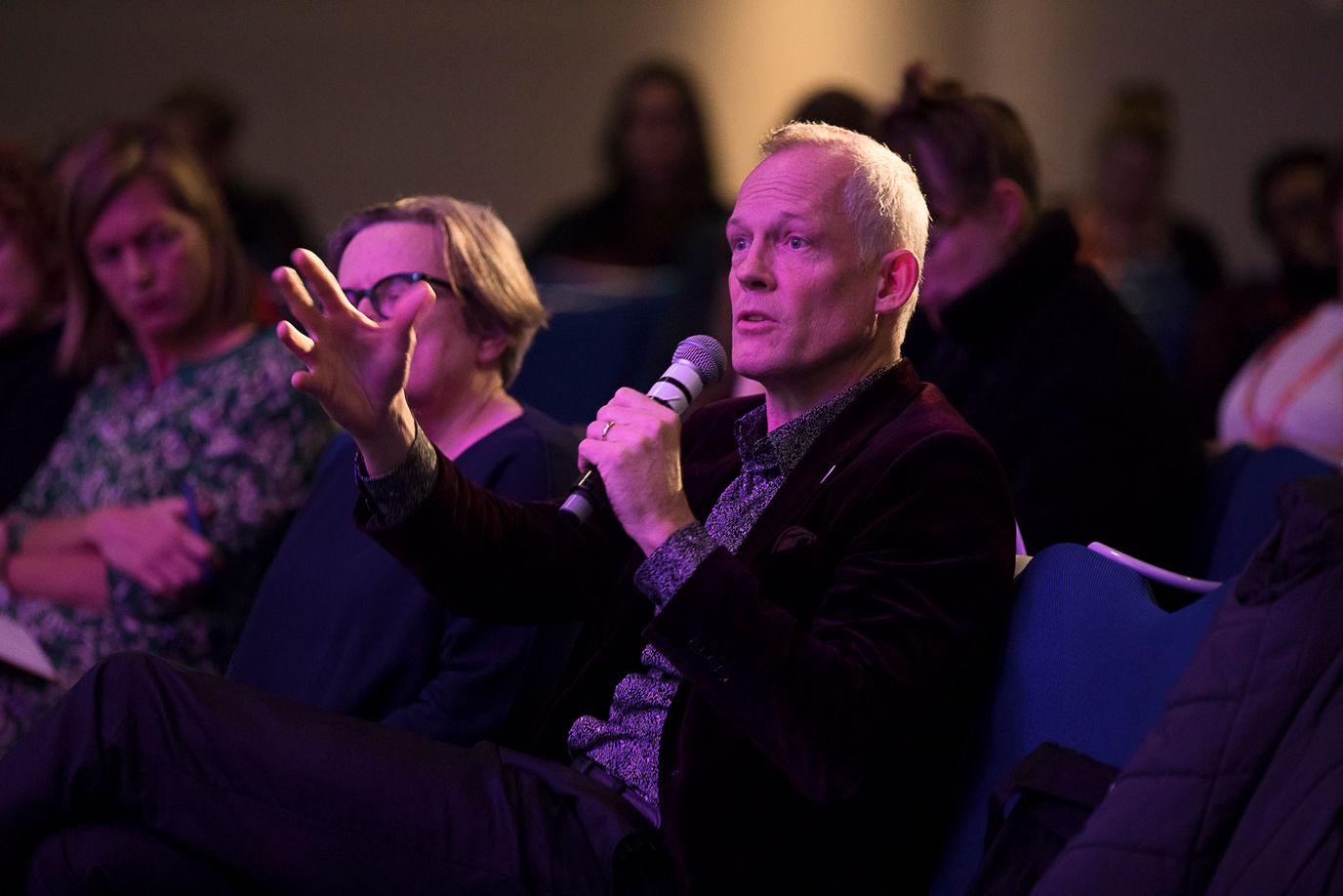 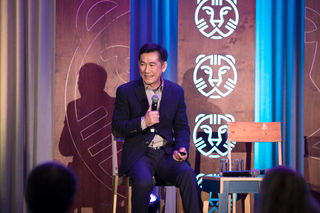 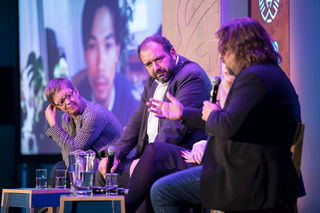 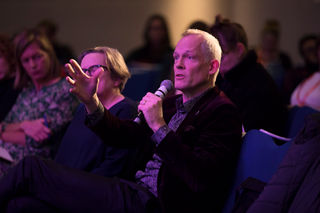 South African producer Steven Markovitz expressed how, for him, there is a need for a centralized coordinated effort among the hundreds of support organisations that can act as a speedy response unit to a crisis. “Some kind of intermediary or centralized system where there is a number that you can call, and every festival advertises that number. There is a real awareness of it, and all the organisations are subscribing to and are part of it… That for me is a potentially practical solution.”

He widened his theme to tackling oppressive governments through the courts, based on outdated legislation: “Through our experience (and it won’t work in every country) there are a number of countries [particularly in Africa] where there are a lot of old laws that have not been tested… what I call low hanging fruit.” These laws are invariably colonial brought in by the British, the French and the Dutch, he pointed out, “and these laws have never been challenged and are totally out of date… I think that is where real change can happen. For instance in Kenya now we are challenging, along with groups of artists, the government around a colonial law. If that works it will open it up for other artists, and we’ll be able to start doing that in other countries also.”

Filmmaker Revereza explained how US funding is so off the radar for him that he pursues a process of zero budget funding, given his non-citizen status. “I think it would be interesting on your part,” he said, addressing the general audience, “to look at films that are produced with a means of production [which] comes out a disparity of resources. I was able to make a film that crossed the country on a train, and I did it in three days with zero budget and no crew, and it almost kind of reflected my situation here in the US, when I had an altercation with a border patrol where I could have been detained… There is a huge infrastructure of incarceration of immigrants that is profitable for the state and corporations here… an incentivized capture of immigrants. That is really terrifying but I think…I was able to channel that into a film [made] out of barely any resources.”

After Revereza suggested that fund operators should investigate/review eligibility requirements that would benefit filmmakers in his situation, IFFR’s Bero Beyer explained how he and his staff “tried to change the eligibility criteria of the HBF [after they were forced to operate on a lower budget] which gave us the opportunity to say, ‘so now we can make up our own rules even more’ and we tried to figure it out as much as possible… for those that fall between the cracks… So if you are, in this case, a Filipino living in the US [and] you have no access to anything, we are trying to widen that gap somehow. It’s peanuts, but it’s a little more than nothing.”