A streamlined professional’s programme was delivered online during IFFR 2022, including IFFR Pro’s main elements: CineMart, Rotterdam Lab and the Pro Hub, as well as an IFFR Pro Dialogues discussion series. Together with the Press & Industry Selection of more than 200 films, the programme focused on supporting filmmaking talent by providing a launchpad for their work, their projects, and meaningful connections in process.

“It made me feel seen and heard. I think under the circumstances the event was well organised and operated, and honestly commend all of you for your commitment to us filmmakers, during a time where we all are trying to find some kind of peace of mind.” – Participating filmmaker

As in regular editions, the Pro Hub worked to enhance the festival experience for selected filmmakers, connecting them with attending professionals and facilitating exchange and networking. A select programme of expert panels and Pro networking round tables was organised for attending filmmakers, with specially invited guests from diverse backgrounds within the film community.

Five panel discussions were presented as part of IFFR Pro Dialogues. Starting with a keynote from Erasmus University Rotterdam’s Professor Jan Rotmans, a socially engaged scientist and expert in theories of transitions, the programme sought to “dream the new possible” by looking at ambitions for progressive change in the film industry.

The Young Film Critics programme was paused for this edition, due to the quick turnaround to an online format.

The fifth Immersive project, one more than the previous year, represented an expansion of IFFR Pro’s commitment to XR, which was further strengthened with two new partnerships. Alongside the Immersive Funding Market (IFM), a collaboration between IFFR Pro and VRDays Europe, an extra project was selected from those attending October’s Nouveau marché at the Festival du nouveau cinéma Montréal. Volumetric video capture service 4DR Studios, based in Eindhoven, also sponsored a new award for Immersive projects.

This year, the second online edition of Rotterdam Lab welcomed 73 up-and-coming producers, nominated from 46 IFFR Pro partners who sought to broaden their networks and learn vital skills and practices. The lineup included participants from 37 countries and featured a strong female presence, with 46 women out of the total of 73. Programme highlights included a co-production case study with the director and producer of IFFR 2022 selection Clara Sola, and a closing plenary on the topic of preserving mental health in the film industry.

“I really loved being part of the lab! I met some very interesting people from all over the world and hopefully this will lead to some collaborations.” – Rotterdam Lab participant 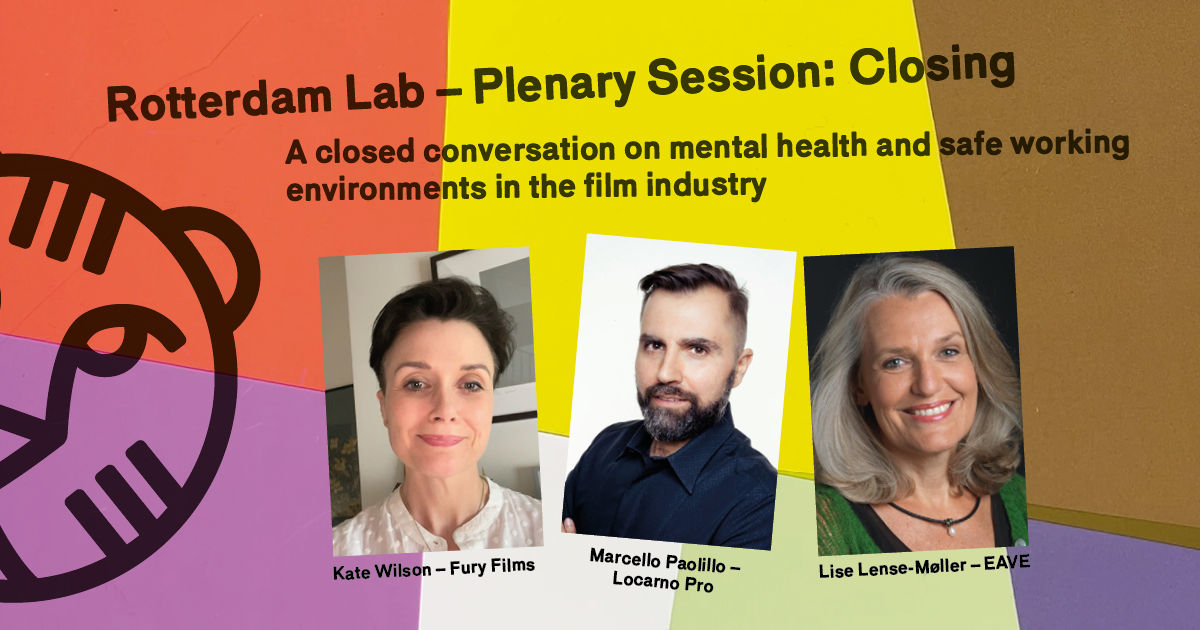